Cambridge economist Peter Nicholl has received an international award for his work as governor of the Central Bank of Bosnia and Herzegovina.

Nicholl, who writes a regular column for The News, received the Central Banking Institute’s award last month for outstanding contribution to capacity building.

The 78-year-old Hamilton born, and Cambridge-raised banking consultant is delighted to get the recognition 18 years after he finished at the bank.

In 1997 he was recruited from the International Monetary Fund in Washington, where he had moved two years previously after 22 years with the Reserve Bank of New Zealand, to lead Bosnia’s first central bank.

He and wife Glynyss Watkins, also an economist, undertook an audit of the central bank which revealed the bank had little capital and almost no income.

They also helped design Bosnia’s new currency after there had been so much debate, no one could decide on anything.

When he left the bank in 2004, the country had low inflation and a stable exchange rate. The family, which now included daughter Lily, moved to Italy in 2006 – the same year he was awarded a QSM for his services in Bosnia, before returning to New Zealand seven years ago.

It was to Cambridge they went, Nicholl happy to be back where he grew up and went to school – at Cambridge Primary and High schools.

His family originally farmed on St Kilda Road, opposite where a new housing subdivision now is. Nicholl had left school in the 1960s to work for five years on the family dairy farm before taking up a job with Federated Farmers in Hamilton.

While there he studied economics through Massey part time and then achieved an Honour’s Degree in economics and accounting from Victoria University.

He tells the story of how at a job interview for a position overseas, when asked where he studied, Nicholl said “Cambridge.” So impressed were the interviewers, he got the job. 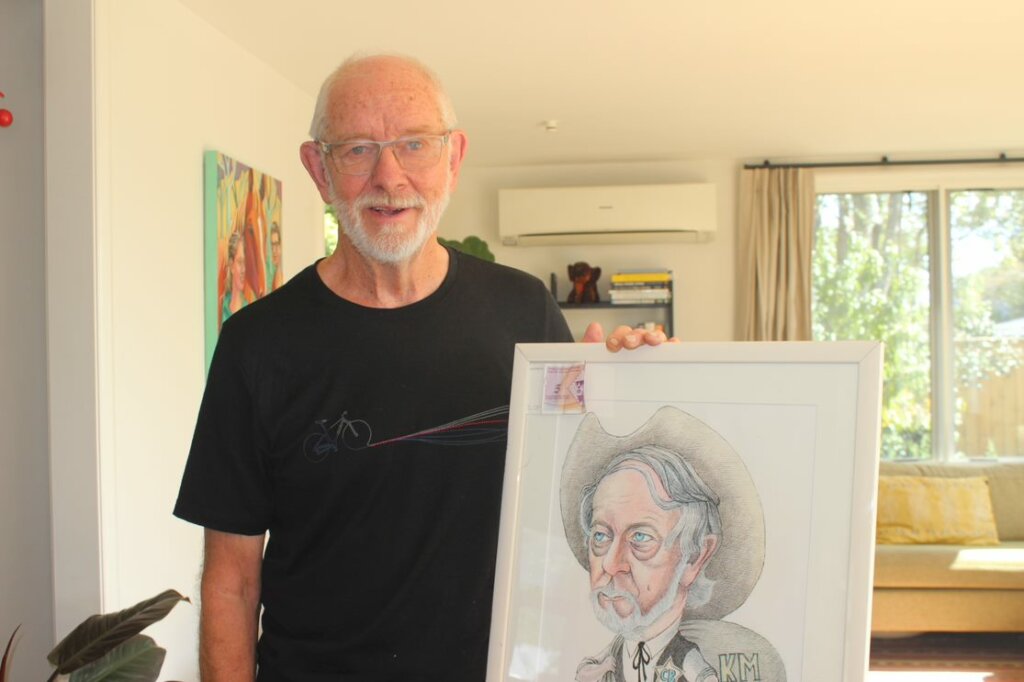 Peter Nicholl with a caricature of him as Bosnian Central Bank governor.

Since his return home, Nicholl has been a ministry-appointed member of the Bay of Plenty District Health Board and a banking consultant.

He has a reputation of being able to explain economics in a non-economic way and is often described as eastern Europe’s best central bank governor.

His passion for rugby – he once played for Hautapu – means he will soon be writing for The News wearing a sportswriter’s hat rather than an economist’s one. Nicholl would be the first to say they are not that different.