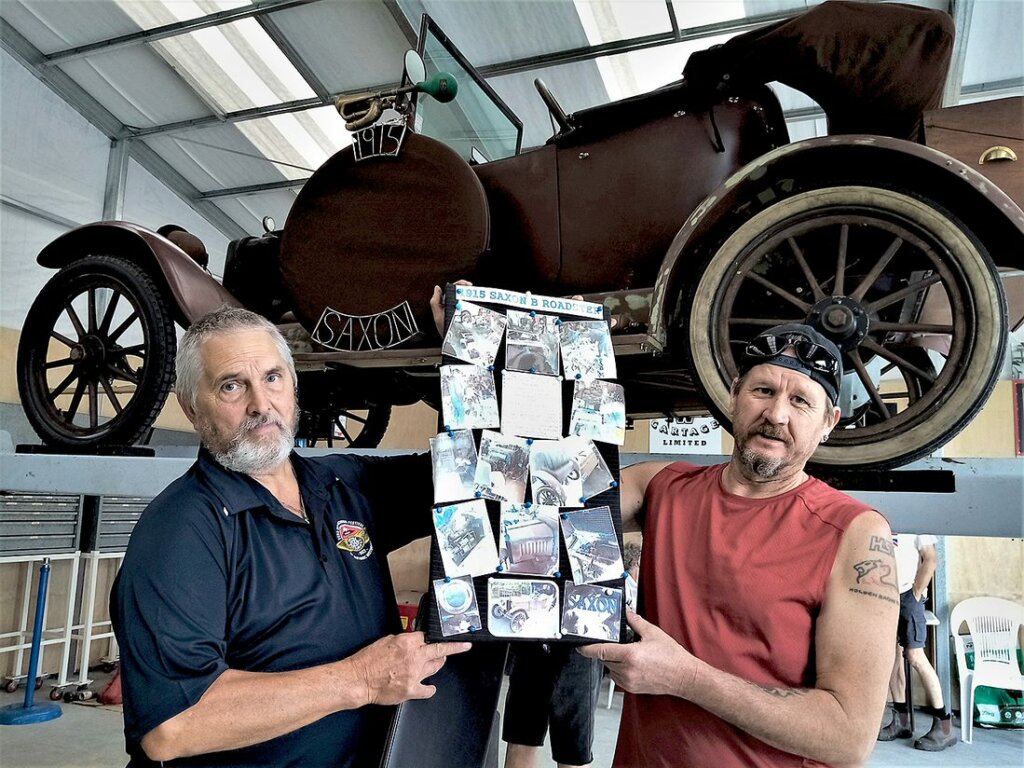 Waikato VCC member Joe Bruntlett, with his son-in-law Wayne Hayward, holding up the photo-story of the 1915 Saxon roadster behind them.

Vintage Car Club’s Waikato premises in Cambridge’s McLean St.
Club chairman Graham Boswell said the workshop had been a long time coming. Financed primarily by the club, the project was also supported by several contributing companies and the Cambridge Lions, who funded the hoist.

“We tried to do it about 15 years ago, but it never got off the ground,” said Graham.  “It is thanks only to the stubbornness and dedication of our shed committee, particularly Terry Pidduck, Andy Hammond, Paul Johnson and Graham Holmes, that it has finally been completed.”

He said the workshop would provide space for those wanting to work on their vehicles.  Plans are also afoot to offer training modules to young people interested in furthering their knowledge in terms of maintaining older vehicles. 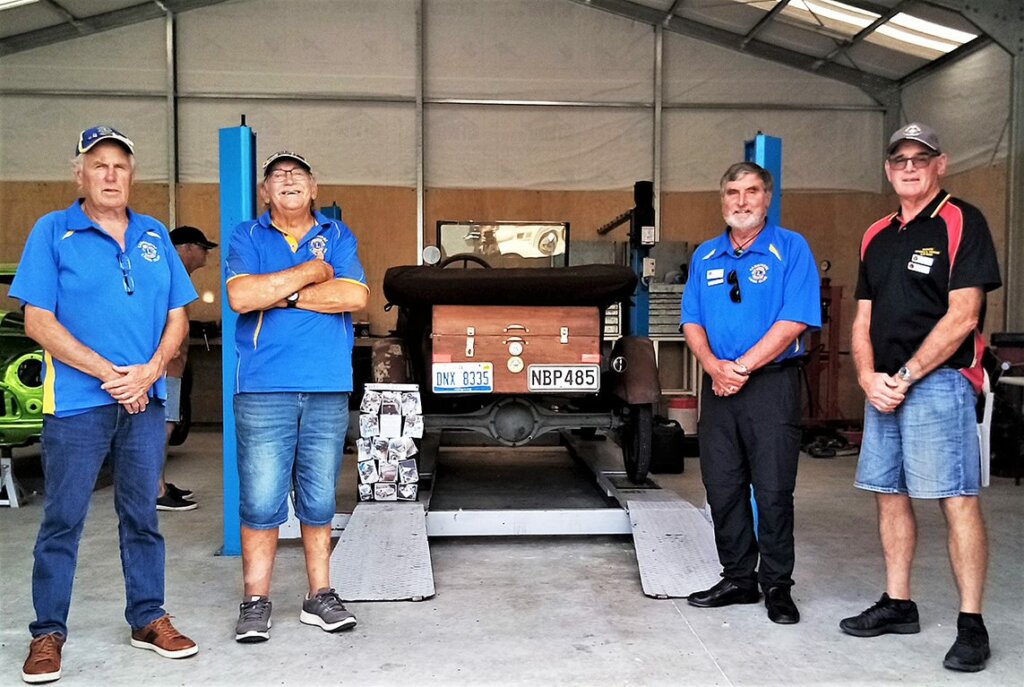 Cambridge Lions Laurie Tauman and Barry Denton, left, with Lions president Warren Beard and Waikato VCC president Graham Boswell in the new workshop, with the 1915 Saxon roadster behind them.

Freya sat atop the new hoist at the ribbon-cutting ceremony, her story capturing the attention of most of those present.  The rare vehicle came into owner Joe Bruntlett’s hands in pieces … 13 boxes of them brought up from Mosgiel some four years ago.  It came out of Detroit’s Saxon Motor Car Company, and there believed to be just a handful in New Zealand.

Together with son-in-law Wayne Hayward, Joe managed to bring what he called his ‘Meccano set’ of pieces to a roadworthy condition about two years ago.  Freya completed her first rally in 2020, and another to Taranaki in January with nothing more than two punctures to slow her down.

“It was hard work putting it all together, but it something of a project I took on after my wife’s death,” Joe said.

Wayne rattled off Freya’s vital statistics; a 2.7 litre engine, four-cylinder side-valve, with wooden wheels, only rear brakes and the fuel cap in the cabin.

Graham said the club has been offered a project car requiring finishing.  The almost-completed 1918 Studebaker has been worked on for the past 50 years by a club member whose move into a retirement home has coincided with the completion of the club’s new workshop.