Library is all booked out 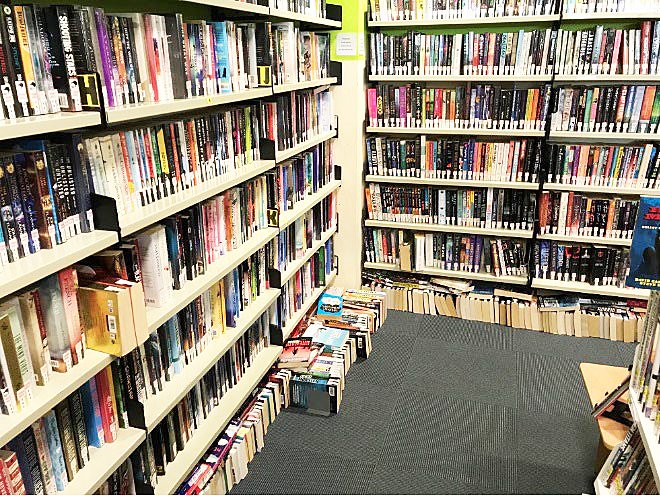 Books are being stored under the library shelves in Cambridge.

Records have been tumbling at Cambridge Library with the number of books and items issued daily surpassing all previous ones.

But a lack of space is thwarting librarians’ ability to get new books on the shelves which has prompted one Cambridge councillor to say getting a new library back on the Long Term Plan was pressing.

The comment from Cr Mike Pettit at this week’s Strategic Planning and Policy committee came three weeks after it was revealed Waipā District Council missed out on buying the former Bunnings building in Cambridge to rehouse the library.

The new record came in November when 4572 books and items left the Wilson Street premises.

Meanwhile the library is also experiencing space restrictions in the work room because of back ordered books now arriving after being held up by Covid restrictions.

Out in the library itself, collection numbers exceed available shelving units – so librarians have become creative with the Dewey Decimal numbering systems, extending it to under the shelves.

Weeding out book numbers is happening but cannot be done on a large scale without damaging the library collection, said Ward.

Cambridge now has 20,523 registered patrons and issued 82,985 books and items in the quarter.