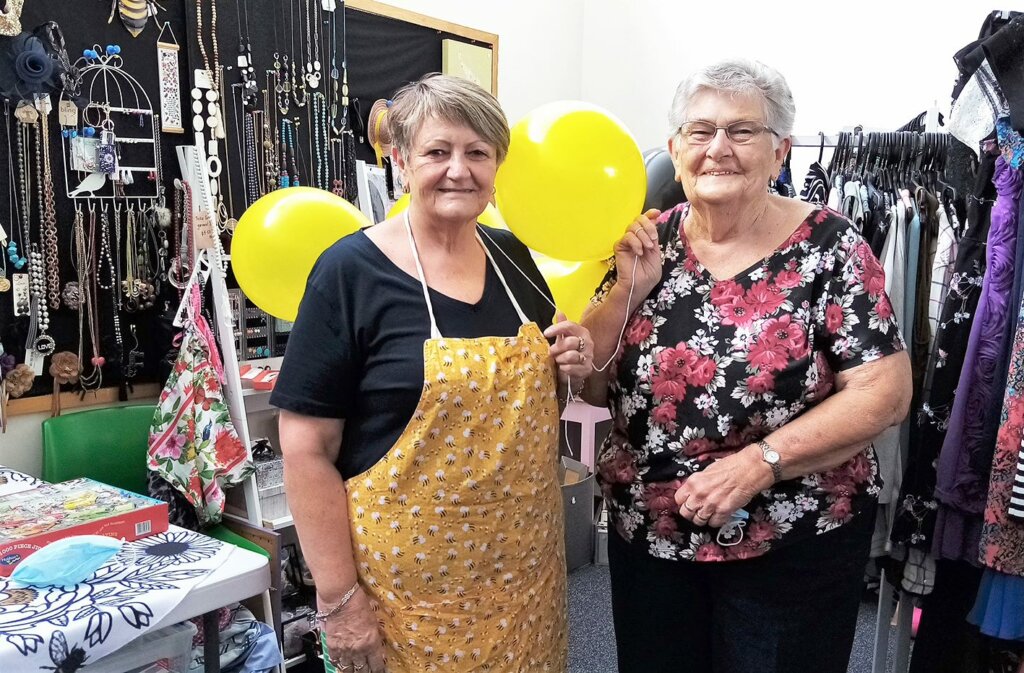 Busy Bees Op Shop is marking a successful first year doing what it does best… on-selling donated items to help others in need.

It opened last March, starting life as a pop-up store centred primarily on raising funds for Linda Roil’s Kids in Need Waikato.  Busy Bees founders, Brenda Rameka and Betty Busst, together with Julie Baines, were all grandmothers raising grandchildren, and they had empathy for Linda’s efforts to help youngsters in foster care.

A year down the track and Busy Bees has grown like topsy.  It has expanded its hours, moved from the Red Cross Hall into the Trinity St Paul’s Union Parish church hall in Queen St, and raised more than $4500 for families in need.

Brenda and Betty still steer the operation and said last week that another round of donations would be made in the next few months.  They still do a lot for Kids in Need Waikato but have extended the recipient list to include other organisations supporting people in need.

When it started, Busy Bees operated one day a fortnight.  It then moved to two days a fortnight and is now running three days a week.  The increased activity means more people are needed to swell the numbers of volunteers.

They’re also in constant need of donations – anything from jewellery, books, linen, clothing, knick-knacks, shoes and the like will do.  They can’t accept furniture or electrical items.

Busy Bees operates from 10am to 2pm on Thursdays, Fridays and Saturdays at the Union Church Hall, on the corner of Queen and Bryce Streets.  Those keen to drop off items or talk to someone about becoming a volunteer for a few hours a week can drop in for a chat.