The Bunnings site in Cambridge will become a car yard for Ingham.

The former Bunnings site in Cambridge has sold and will become a car yard.

The site went out to tender last month and Waikato-based Ingham, one of New Zealand’s largest car dealers, bought it for an undisclosed sum.

The company gazumped Waipā District Council by 24 hours. The council said in May last year it had no plans to purchase it, but changed its mind. 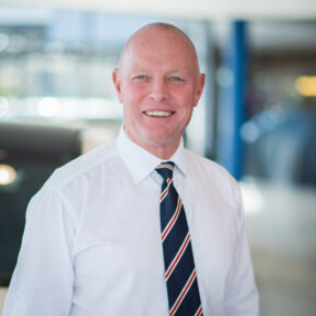 Dealer principal John Ingham, who took over Ōtorohanga Motors when it was a service centre in 1986 and built it into a multi-dealer operation, told The News all going well “we would love to have a spade in the site this year.”

“We’ve been looking to move into Cambridge for some time,” he said.

“We’re looking at the long term with the purchase.”

Ingham secured the entire site which comprises a 2000 square metre freehold section and two leasehold portions. The company planned to demolish the Bunnings building and replace it with something which would acknowledge its prominent position in the town centre and the Cambridge character.

“We’re full steam ahead. We’ve got architects working on plans as we speak.”

Cambridge resident Martin Swan of DLA Architects in Hamilton is lead architect on the project.

Australian-owned Bunnings closed its Cambridge and Te Awamutu stores, and five others throughout New Zealand in June 2020.

In May last year, Waipā District Council purchased the hardware retailer’s premises in Te Awamutu for $2.05 million. The council will use the site to house Te Ara Wai, a museum to display Waipā and New Zealand history, with a focus on the New Zealand Land Wars.

He said initially the price was deemed too high, but an offer was made after the value was “moderated”.

“A new space for our Cambridge Library is part of our Long Term Plan. Council saw that the old Bunnings building was for sale and saw this as an opportunity for that facility.

“We will continue to look for opportunities for the Cambridge Library.”