Clearer by the litre 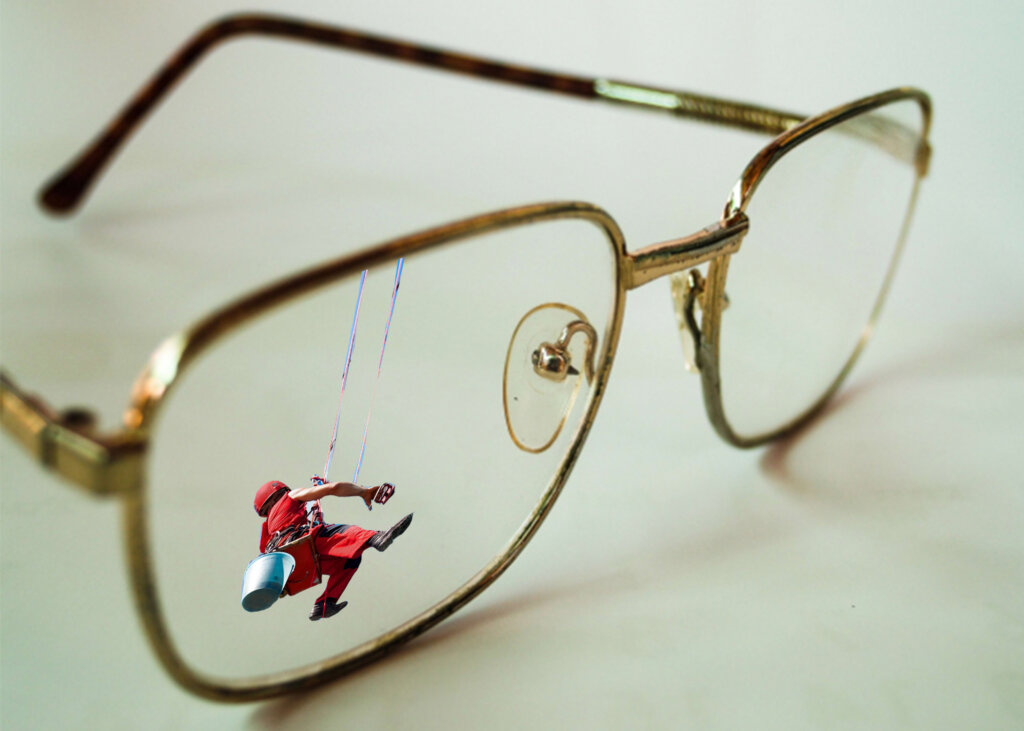 I am forever stowing my glasses on top of my head when I need to look at something which is further away than my computer screen. Often, if that thing is the television, I can then be caught with one pair of glasses on my nose and another on the top of my head. In fact it is not unusual, at that point, for me actually to be looking for my glasses.

Such are the challenges of having lived long enough for my eyesight to give up and now for the short-term memory to be on the way out as well. Or so it seems sometimes.

What was I saying? Oh that’s right, glasses: One of the drawbacks of using a modicum of hair product (in an attempt to make myself look more attractive to I don’t know whom) is that as I flip the stowed glasses from the top of my head down over my eyes and back again, my view takes on a progressively hazy blur which, if I hadn’t learned otherwise, I might mistake for further evidence of advancing years.

The hair goop gets on the glass and eventually, when I can see hardly anything at all I reach for the cleaning wipes. The most recent of these occasions has given me pause for thought.

Having restored my vision I glanced at the packet from which I had taken the wipe and it occurred to me that from an environmental point of view this is not such a great idea. These things are individually packaged in printed silver foil.

There are a couple of optimistic claims as to the efficacy of the wipes on the brightly coloured front of the packet, and a mass of minute text on the back.

What, I wondered is the primary ingredient of such a wondrous product?

So, employing a trick I learned some years ago from my Dad I put my TV glasses on, over the top of my reading glasses, and was able to make out the Lilliputian print which revealed to me that the main ingredient was, as I had begun to suspect, isopropyl alcohol.  The rest of the tiny print was devoted to uses to which the wipes could be put, directions for how to do it, including the words “Open pack and remove wipe” – I kid you not. And then there was a very long list of warnings about what one should not do with them, the main one being not to use them near an open flame.

Anyway, I’ve got a litre of isopropyl alcohol in my garage. A drop of that on a square of loo roll, followed by a quick polish with my shirt tail gives an excellent result.

Given that there are about 20,000 thousand drops in a litre (I searched it on the internet), I reckon it would be a lot kinder to the planet if those of us who wear glasses resolve to use the latter method to clean them.