Watch out – car thieves about 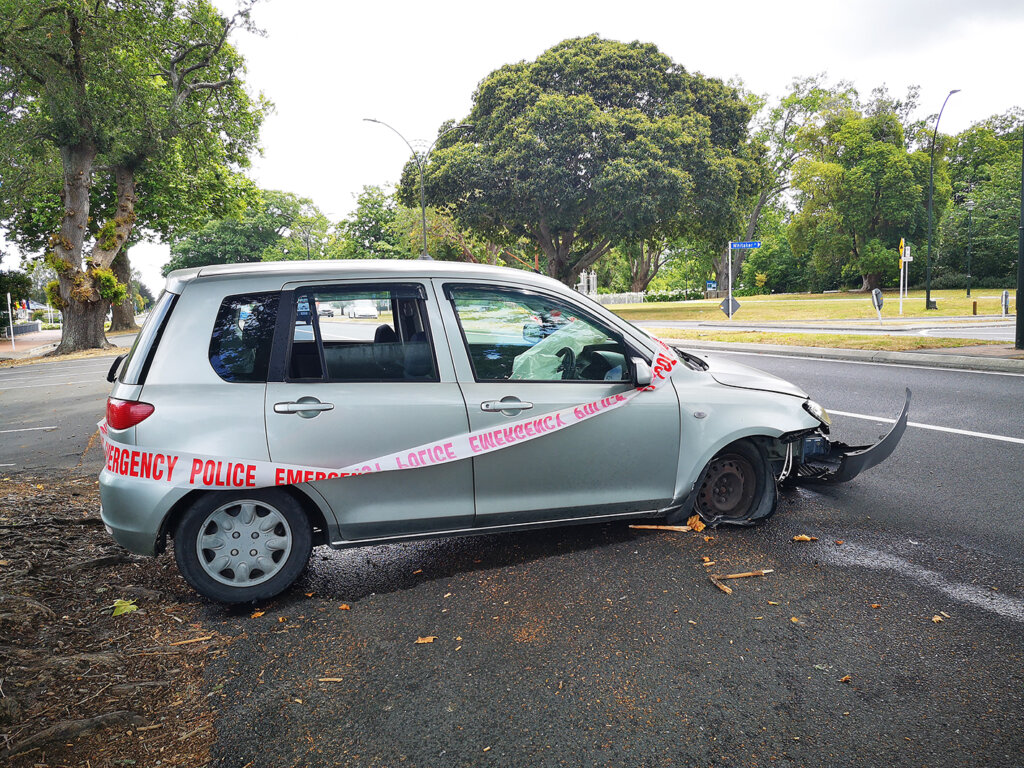 Police have no details about this Mazda Demio which crashed on Victoria Street in Cambridge sometime over the weekend. The car appeared to have been travelling south on Victoria Street when its right wheel clipped the roadside verge just past the Whitaker Street turnoff. Despite having ‘Emergency Police’ tape around the car, police could not provide any information about the incident. The car, which was ended up at the base of a large tree, was leaking petrol and oil when The News took this photo on Sunday. The car was removed on Monday morning.

Every week, thieves are stealing cars. In the 7 days prior to January 23, 43 motor vehicles were reported as stolen in Waikato, plus 11 number plates.

Of these vehicles, the most targeted models were Toyota Aquas, Mazda Demios, Axelas and Atenzas and Nissan Tiidas. While some vehicles are stolen for joyriding, many more are taken to be used in other crime, frequently burglaries, ram raids and aggravated robberies.  The theft of plates similarly contributes to this, as the original plates are swapped out in an attempt to make the identification of vehicles and offenders a little more difficult.

While it is true that a determined offender will likely get into a vehicle if they persist long enough, there are things you can do to make this process a lot harder. This reduces the likelihood of your vehicle being stolen and increases the likelihood of detection if they try.

Where possible, keep your vehicle garaged. If not possible, ensure the area in which it is kept is lit up with security sensor lights. Remember to lock all car doors and close car windows. Install an alarm with break glass sensor and an immobiliser if it is not already fitted with one and take all valuable items out of the vehicle when you leave it. Keep car keys in your possession, or if placing inside your home, put them out of sight. In the case of trailers, consider using a wheel clamp and park out of sight or close to your home. Install CCTV covering your driveway/carport or other parking areas on your property.

When reporting a car as stolen, you will be asked whether yo

u authorise police to tow it when found. The reason for this is that best preservation of evidence (fingerprints or DNA left behind by the offenders) is achieved through taking the recovered vehicle to a secure location for forensic examination. Car theft is volume crime, with one individual or group usually responsible for multiple thefts. Forensic evidence is crucial to linking offenders to crimes and linking individual crimes together. Where your vehicle is fully insured, insurance will cover the cost of a vehicle tow as well as any damage to the vehicle. When you don’t have insurance, you will be liable for the tow cost.

When offenders are caught and convicted however, it is possible to request reparation to recover these costs through the court process. If towing for forensic examination is not authorised by you, the chances of police being able to identify the person responsible for stealing your car is of course reduced. This gives the offender/s a greater chance of continuing their crime spree leading to further victimisation. Damage to the roadway verge caused by the Mazda Demio.