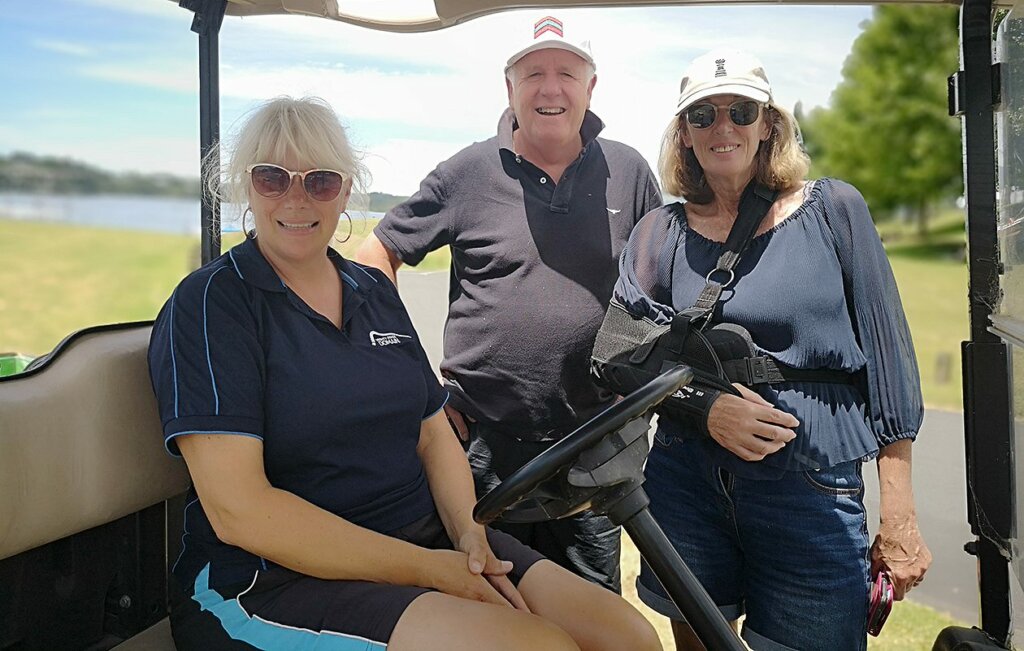 The Karāpiro camping ground was a popular place for holidaymakers during the holiday break and site manager Liz Stolwyk says the busiest day came on January 2.

Roger and Jo Blunt, who live on the other side of Lake Karāpiro, were there trying out their new campervan and said the venue was “perfect.”

The couple bought their Roamer model – built for the Outback of Australia – at the New Zealand Motor Caravan Association’s Motorhome Caravan and Leisure Show at Mystery Creek Event Centre two years ago.

The couple went to support some friends who were interested in buying a motorhome, yet it was the Blunts who walked out having made the investment.

Stolwyk said camper numbers were up 30 per cent on the previous year and the busiest days saw about 100 people comprising a mix of caravans, tents and campervans on site. Boats out on the lake

Secondary school rowers preparing for the return of action at Karāpiro later this month moved in last week.

Further up the lake, council sites like Waipuke Park were also busy although rubbish dumping was again a problem.

“We have staff and contractors remove the dumping asap to prevent people adding to the pile,” he said.