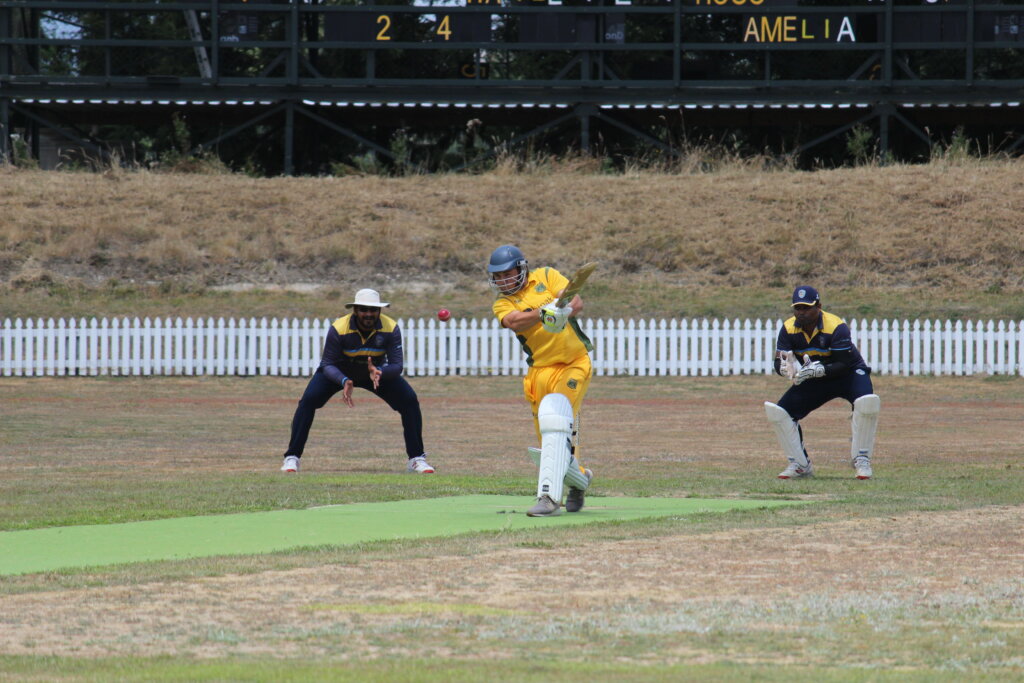 Samuel Foster thumps another boundary on his way to 67.

Samuel Foster starred with the bat as Kaipaki Green beat Melville Warriors by 15 runs in round six of the Hamilton Cup at Kaipaki Green on Saturday.

Melville won the toss and elected to bowl first in the 35 over match.

Foster scored 67 off 34 balls with six sixes and four fours while Sean Gutry provided great support before he was bowled for 44 off 42 balls. Kaipaki was all out for 163 from 29.5 overs.

Jibeesh Chacko led the bowling for Melville with 3/26 off 5.5 overs.

In reply, Melville’s chase started disastrously with three wickets falling for only five runs after 2.2 overs.

Rehesh Menon and Tintu Rajan steadied the ship racing through to 73 runs before Rajan was out for 35 off 38 balls. Menon fell for the same score and Melville was teetering at 93-6.

Despite Ajeesh Chandran and Sarath Sasidharan’s 27 and 23, the mountain was too high for Melville who were all out for 148 after 31.4 overs. Nick Alquist was the pick of the Kaipaki bowlers with 3/22 off five overs, which included two valuable maidens.