Town Hall will see the light

There could be increased opportunities to light up the Cambridge Town Hall and the Clock Tower for events outside of the traditional commemoration days.

Cambridge Community Board members Elise Badger and Alana Mackay will work with Waipā District Council staff to develop some guidelines for board approval.

In past years, the two iconic buildings have been lit up to commemorate Anzac, Armistice and Bastille days.

There has been an increase in requests to light up the buildings for awareness days and initiatives, but no clear guidelines exist to guide council staff.
Communication and Engagement manager Hannah Blake told the community board last week the number of requests had become unattainable.

Often organisations making these requests are non-profit or interest groups and cannot meet the costs associated with the work.

Changing the filters on the lights in the Town Hall and Clock Tower costs more than $125 per light, she said.

There was a health and safety aspect to the requests as well and costs associated with staff scaling the Town Clock tower to carry out the work.

The Town Hall itself is a bookable space, said Blake. 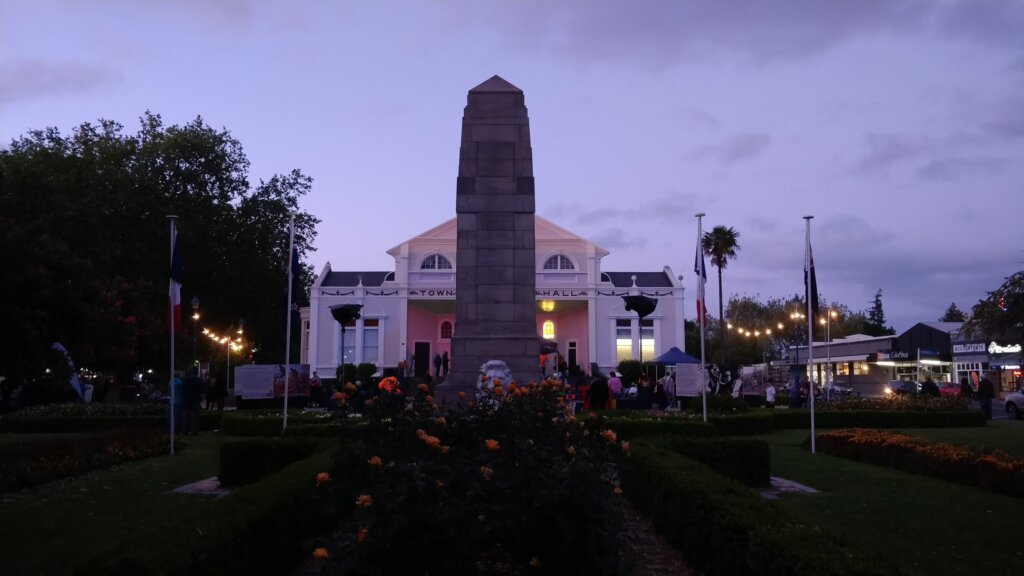 Cambridge Town Hall was lit up with a short movie to commemorate the 100th anniversary of the liberation of Le Quesnoy on 4 November 2018.

“Lighting up this space when, for example, a wedding is taking place could cause upset.”

The board decided that six events would take precedence over any requests. They are Anzac, Armistice, Bastille, Le Quesnoy, Matariki and Waitangi.

Part of Badger and Mackay’s work with council will involve consulting with the Cambridge Town Hall Community Trust which runs and promotes the Town Hall and has been tasked by council to redevelop the facility and ensure the community gets the most from the asset.

Examples for discussion on proposed guidelines include: