Legends say: ‘give James the fame’ James, pictured with his mum Dianne.

James McDonald is “one in a million” and should be included in Cambridge’s Walk of Fame, says Sheila Laxon.

Laxon, who now lives on Australia’s Sunshine Coast, has her own plaque in the Duke St walk, which recognises and celebrates Waipā’s outstanding achievers, for her contribution to thoroughbred training.

She was based in Cambridge when the mare she trained, Ethereal, won the Melbourne Cup in 2001.

Laxon had high praise for McDonald, who was born and raised in Cambridge and won this year’s Melbourne Cup riding Verry Elleegant on November 2.

“James McDonald is a superstar and an absolute professional aboard his horse analysing its temperament and knowing how to ask it for the very best it can produce,” she said.

“The Waikato has the most extraordinary ability to produce the very best sportspeople in the world.”

“He’s done everything as a jockey.  He’s won every major race in Australia, I would say.  The Melbourne Cup was the only one that eluded him and now he’s done that.”

He said McDonald was one of the best jockeys New Zealand had ever produced.

“He’s at the top of his career.  He’s riding for the best stable, he’s the most respected jockey in Australia, he’s breaking records and he’s still young, so he could have another 20 years of riding ahead of him.”

Fifty years ago, aged 21, he rode Silver Knight to victory in the 1971 Melbourne Cup and it’s a day he’ll never forget. 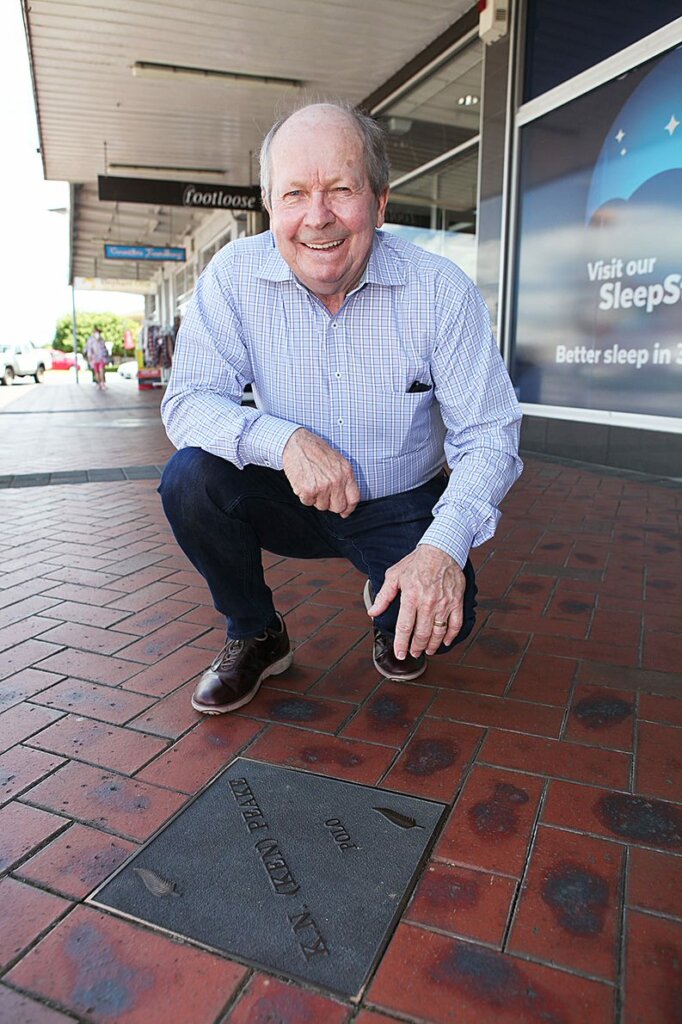 “Any jockey who’s won could probably rewrite the race every day of their life,” he said.  “It’s just a memory that you’ll have forever.  It’s a wonderful feeling.”

Marsh rode for eight years in New Zealand, Australia, Ireland, France and Belgium before retiring in the mid 1970s.

He went on to train horses and was recently described by Racing News as “one of New Zealand’s best”, achieving a “raft of major wins at home and in Australia” from his Woodville base before establishing himself in Singapore.

Two years ago he retired and moved to Cambridge with his wife Kay.  He now races horses with his son Stephen, one of New Zealand’s leading trainers.

He was watching the cup on television at home on November 2 and said seeing McDonald win on a horse owned and trained by New Zealanders was “ultra special”.

Former jockey Ron Taylor, who has lived in Cambridge more than 50 years and won the Melbourne Cup on Polo Prince in 1964, said he would “certainly” support McDonald’s inclusion in the Cambridge Walk of Fame.

“He’s had some great achievements and he’s a good guy himself,” he said.

Taylor said winning the Melbourne Cup was the racing equivalent of becoming an Olympic champion.

“It just sets you up for life; you get so much confidence from winning it,” he said.  “And you’re never, ever forgotten in racing.  It’s a life changing experience.  I can’t see how winning a gold medal in an Olympic Games would be any better than winning a Melbourne Cup.”