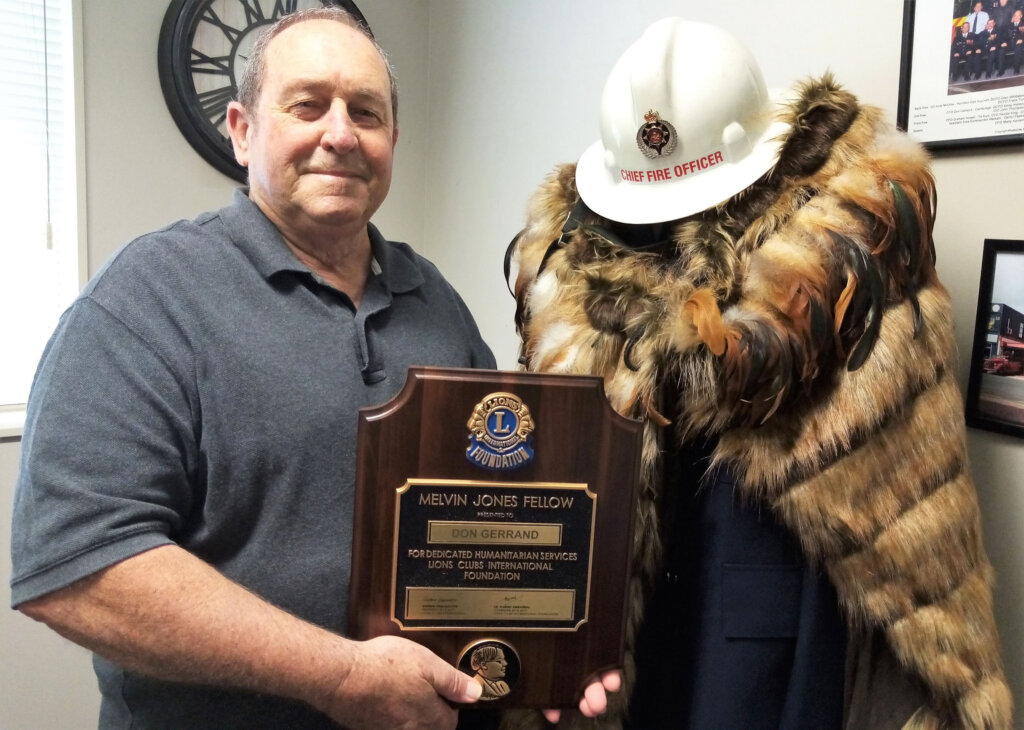 Even as the awards keep coming, Cambridge’s fire chief Don Gerrand remains the smiling, humble man he is known to be.

He has ‘lived and breathed’ the Cambridge Fire Brigade for more than 50 years … a man who is always ‘on’, ready to answer the siren whenever it sounds.  Hundreds of people owe much to him for that dedication to service and community, yet the primary nomination for his Cambridge News’ Person of the Year title came from his inner sanctum – from within the family who are at the heart of what he does and why he does it.

His appreciative sister-in-law Faye Bax referenced the ‘support in another direction’ that Don has shown recently as Jocelyn, his wife of 53 years, recovers from a major stroke that came out of the blue about eight weeks ago.  There have been daily visits to Waikato Hospital – when Covid hasn’t intervened, that is – and he hopes she will be home for Christmas.

Jocelyn, their meeting, their marriage and their life together is all intricately tied up with the fire service.

“We were neighbours in Robinson St,” Don smiled. “Her dad was HL ‘Bush’ Hooker, who did 48 years in the brigade, ending up as deputy chief fire officer.  At our wedding in 1968, I got an ‘invitation’ to join the fire brigade … which I duly did when we got back from honeymoon.  There was never any question.  It gets into your blood, becomes part of your life.  It is a community in itself, but without family support, it’s very difficult to put in the time.” Don’s family have more than measured up.  Jocelyn has often been his ‘right hand man’ at events, while Don himself has chalked up 53 years.  Their son Richard has done over 30 years in the service and grandson Case, just over a year.  Don’s daughter Steph, who added to the sum of five Gerrand grandsons, also leads a busy life.

Aside from in-service awards gathered, Don has been well recognised for his efforts.  He received a Queen’s Service Medal in 2008 for his then 40-year service; his father-in-law also received his QSM, albeit from Her Majesty in person and in 1970.

In 2019, Don received the Cambridge Community Board Community Award, with then Community Board chairman Mike Pettit describing him as a dedicated brigade member who had attended well over 8000 callouts and musters in his then 50 years. Last year, Don was presented with the Melvin Jones Fellow Award from the Lions International Foundation in recognition for his dedicated humanitarian services – a rare honour for a non-Lion. 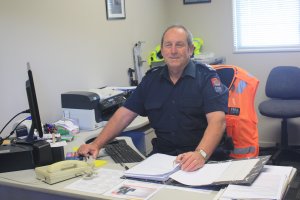 A panel beater by trade, Don has juggled his brigade work with earning a crust.  He worked at Cambridge Panel Beaters for 15 years and was then an assessor with AMI for decades before returning to the floor panel beating for a few more years. He’s now officially retired but keeps one eye on the boat he has moored at Whitianga … with fishing in mind.

In the meantime, the man utterly humbled by his Person of the Year title will tend to more pressing matters at home, albeit with one ear on the siren.