Staff at Waipā District Council found assets they did not realise they had – but more disturbingly found they had routinely listed other “disposed assets” on their annual reports for years. 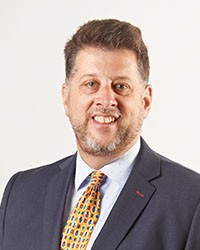 Some old assets dated back as far as 1947, deputy chief executive Ken Morris told the council’s Audit and Risk committee this week.

The $18 million discovery means the council’s 2020-2021 Annual Report, which council and Audit New Zealand was to sign off this week, will now have to wait until 30 November.

In the Annual Report, Morris says council had a continuous data improvement programme in place to identify errors in its asset databases. The anomaly appears in roading infrastructure improvement work. “I think our asset registers are pretty good after this latest clean up.”

Councillor Roger Gordon asked: “how does an asset disappear?”

Morris said roading assets were complex and gave the example of Hall Street in Cambridge. It comprises several lengths of road, a layering element, a multitude of components including a subbase, compacted earth, base course and then a top seal. It had overlapping pavement layers which were all separate assets.

The council’s asset register had hundreds of thousands of assets like that, he said.

“We didn’t get it right, but it was immaterial, to the point of miniscule,” he said about the council’s total equity of $1.75 billion.

The first dates to 2001 when the council completed stormwater system work in Kihikihi and the second for $2 million involving Cambridge racing identities Sir Patrick and Justine, Lady Hogan.

The Hogans’ company Erinic Investments Ltd initiated proceedings last year in the High Court against the council and four other defendants alleging the council was negligent in issuing building consents, inspecting the building work and issuing Code Compliance Certificates for a commercial building they own.

Erinic Investments is claiming at least $2 million in damages with additional losses such as interest and costs.

Waipā legal counsel Diana Aquilina said because both matters were before the court, it was inappropriate for it to make any further comment on the proceedings.