Finally, a sneak peak of the Te Awa shared path between the Velodrome and Hamilton.

Te Awa River path users between Cambridge Gaslight Theatre and the velodrome can finally snatch a glimpse of the next stage of the shared path.

Parts of the path below the velodrome have been dug up and fenced off so work crews can connect the two paths up.

The unopened $20 million Waipā section skirts alongside Waikato River behind St Peter’s School, through to Hooker Rd, Pencarrow Rd and then under SH21 Airport Road into Tamahere to link up with the Hamilton section.

Crews have built one of the three bridges, poured concrete and installed several hundred metres of boardwalk, which had to be airlifted in by helicopter.

Until recently, views of the previously inaccessible section of the river bank below the velodrome have been hidden by foliage.

Now there are newly replanted gullies with more than 7000 plants which one day will provide shade to walkers and cyclists.

The SH21 underpass was completed in July and crews are building the ramps and approaches.

Neighbouring Waikato District Council have finished the path alongside Newell Road and into Riverglade Drive.

Now they have their eyes on the path which heads down through the bush back towards the river bank.

This includes a spectacular elevated boardwalk section which was built in sections offsite. The Hamilton City Council section meets the Waikato path in the Mangaonua Gully. The shared path will then run alongside Howell Ave into Hillcrest and link up at Hamilton Gardens with the city’s existing city cycling network. 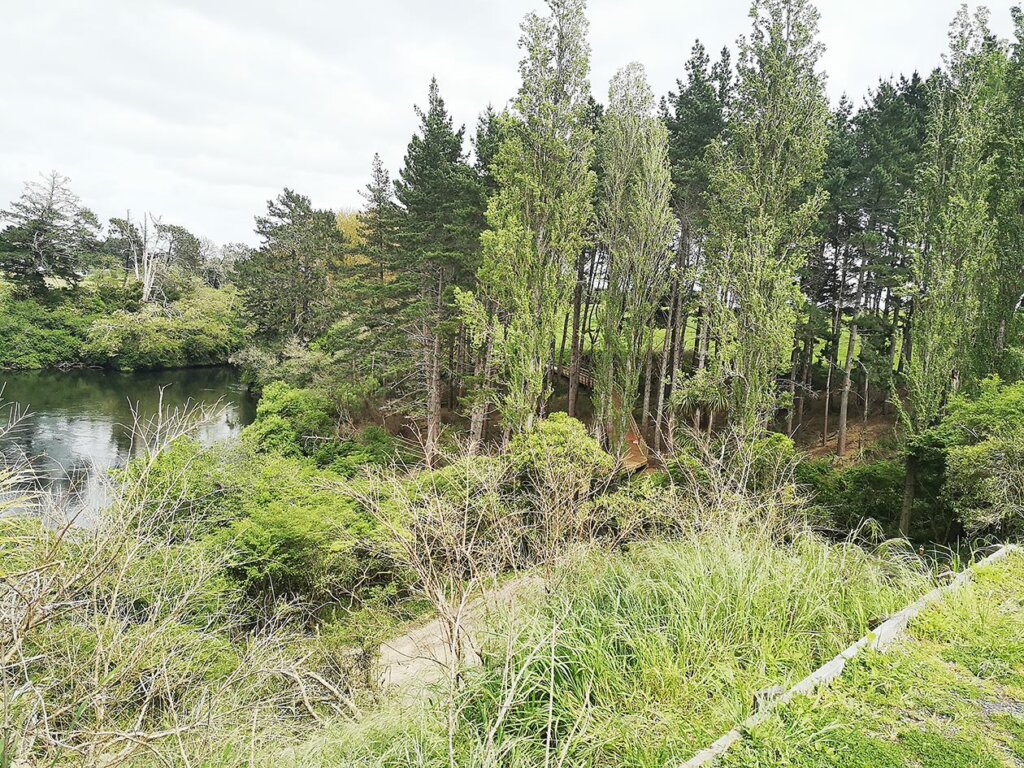 More than 700 plants are now installed in the gullies

The three council sections of Te Awa are jointly funded by the Government’s shovel-ready infrastructure fund and Waka Kotahi.

The pathway is not expected to be complete until early next year.