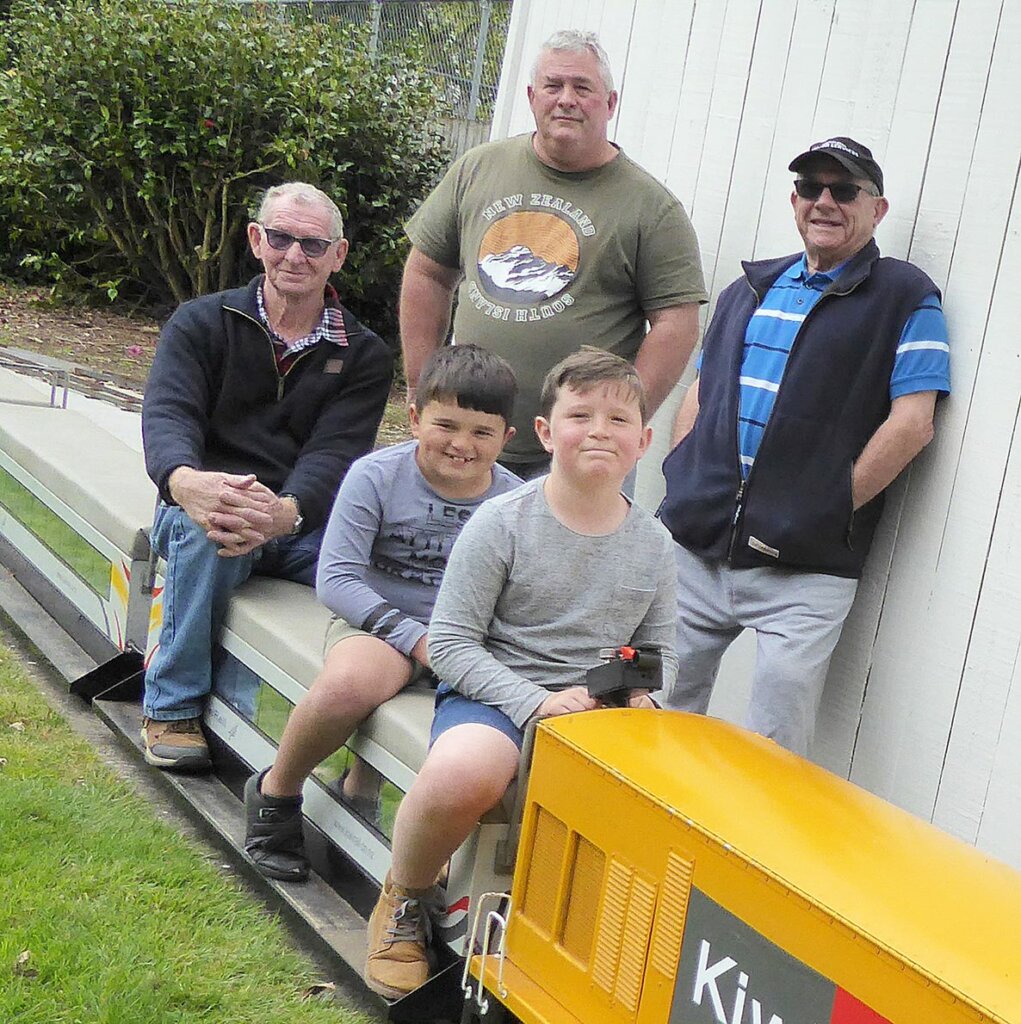 Ready for art, from left, Allen Edwards, Bruce Casey, Eli Taia, Cody Casey and Ron Crisp at the site of the proposed mural.

The first piece of public art approved under Wāipa District Council’s Public Arts Policy will go up in Leamington Domain despite a communication slip up which could have seen the wrong river featured.

A mural on the wall of the Cambridge Model Engineering Society’s storage facility will show the Waikato River and not the Wāipa River which was featured on the first draft.

The mural has also been approved by the Cambridge Community Board who were initially not consulted about the mural’s installation.

Details of the project were first taken to the council’s Strategic Planning and Policy committee last month, but the item was pulled from the agenda when Cambridge-based councillors noted the community board had not been consulted.

Anne Blyth, the director of Museums and Heritage, told the board at its monthly meeting last week she was following the policy which was to have it go to the strategy committee first.

“It was a learning curve for all of us. We have taken on board to go via the community boards,” she said.

Community board chair Sue Milner said she was aghast when she saw the first draft featured the Wāipa River, which passes nowhere near Cambridge.

“If there are going to be artworks placed around our patch, it’s always good to know before the event, rather than halfway through,” she said.

The mural will now include multiple ply cut outs of native flora and fauna set against the background of an historic map of the Waikato River and the land surrounding it.

It is designed to reduce the impact of the built structures on the open space, having part of the mural mainly black and white with light brown colours will help achieve this. The proposed landscape painting depicts Maungatautari and will be in full colour providing a colour contrast.

Board member Mike Montgomerie said it was clear staff were following the policy when they took the paper to the strategy committee.

“I do think if we want to be effective in our communities, the preparation of those policies is where to exert influence,” he said.

Work on the mural should be completed “before Christmas” said Parks and reserves operations team leader Matt Johnston.

He assured the committee the ply cut outs would be safe from vandals and that in his experience, taggers tended to leave mural artworks alone.