A radical approach to boosting use of public transport by centralising funding and decision-making has been floated in an independent review of Waikato Regional Council’s service.

The review recommends investigating having one organisation contracted and funded by all Waikato territorial authorities and Waka Kotahi (New Zealand Transport Agency) to run the region’s public transport. Regional Transport Connections director Mark Tamura told the Regional Transport committee last week the need for greater use of public transport or other alternatives to single occupancy vehicles was “significant and pressing.”

Grahame Webber, Waipā’s representative on the committee, said the plan might be a radical one for New Zealand, but was commonplace overseas.

“It’s way overdue and we’re very supportive of the investigation.”

Committee chair Hugh Vercoe said the Waikato region had a history of working together and “making things happen.” 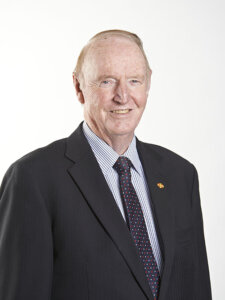 The primary objectives of the review, prepared by Beca Ltd and Invise Ltd, were to assess current public transport business performance and develop a set of prioritised, practical and actionable recommendations.

“So why is it so difficult for us to meet the demand? A lot of that comes back to the complexity of our funding and decision-making environment for public transport in terms of how it’s funded,” said Tamura.

Progress has been difficult but as part of the Regional Transport Plan, the region now had the opportunity to make changes.

Among the recommendations approved by the Regional Transport committee were for the council to investigate establishing a Council Controlled Organisation, moving to a bulk funding model for public transport and infrastructure and establishing a regional transport alliance.

Those funding changes would require legislative changes and a high degree of alignment between authorities.

“There is certainly no harm in us simplifying our regional approach to funding public transport. “We need our own decision-making framework for how that money is spent and by practising that, applying it and doing it well. That is the first step towards the government, it would require ministry changes, the government and Waka Kotahi having confidence,” said Tamura.

The annual public transport budget for Waikato is $36.2 million with $23.9 million of that going to public bus services, $6 million to passenger rail, $700,000 to Total Mobility and $5.6 million for planned improvements, support systems, facilities and staff.

Hamilton urban services make up 76 per cent of the budget with 18 per cent going on travel between Hamilton and neighbouring towns, including Cambridge and Te Awamutu, and six per cent to regional services.

Waka Kotahi provides 51 per cent of the funding. The regional council funds services within Hamilton from rates as do other district councils where services are within their districts.

Where services link Hamilton with neighbouring towns, funding is split between the regional council and district councils.

Tamura said that made for an uneasy model and he gave the practical example of trying to establish a high frequency connection between Hamilton and Cambridge.

Those talks would involve the Hamilton, Waipā and Waikato councils, Waka Kotahi and the regional council. Getting them all to align and provide the funding required made it difficult to build a public transport system that reduced transport emissions, makes more efficient use of transport corridors and connected people and communities, he said.

Deputy chair Angela Strange said it was heartening to read developers were keen to contribute to public transport infrastructure and not services.

“We need transformational change in these areas, simplifying the funding.”

“The number 22 bus provides an excellent service between Hamilton and Te Aroha, going backwards and forwards every day. One day it will get more than two people and it’s a wonderful service Ash Tanner (Matamata-Piako mayor) has put in place,” said Speirs.

The regional council will now share the report with territorial authorities and other regional transport partners.

By April next year, the council will have developed an implementation plan.