There is a new reported Covid case in Cambridge, Waikato DHB reported today.

There were five new cases confirmed in the Waikato overnight. Two were from Ōtorohanga, one from Te Kūiti, one from Huntly, and one from Cambridge.

Of the cases, three are known contacts of previous cases. Investigations into the remaining cases are underway today.

Meanwhile it was back to business at her Duke Street salon for Russ Hair owner Hayley Young.

While Waipā’s economy bounced back strongly after the 2020 lockdown, indicators suggest it will be tougher this time round and the answer lies in supporting local, First Retail Group managing director Chris Wilkinson told a council workshop this week.

“A successful hospitality sector will be our anchor.”

From that base, Cambridge and Te Awamutu town centres could create environments to enable resilience and capacity. Celebrating and prioritising local businesses and creating reasons and experiences so people can re-engage are priorities, he said.

“While we can’t have big events, we can do small things that people can encounter when they come into the town centre,” said Wilkinson.

Magicians, street performances, sing songs etc would result in people going to find them in the town centre.

There was a common theme to successful businesses. “They’re letting people into their lives. There’s a personal connection, there’s empathy. People feel they are part of that business,” he said. We are open baby, is how Russ Hair owner Hayley Young welcomed her clients back yesterday. Di Gascoigne was the first in the chair at the Duke Street salon.

Louise Upston’s letter has been passed on to Minister Chris Hipkins for a response. He says alert levels will be reviewed on November 15.

The Prime Minister’s refusal to provide any reason why Cambridge is still in alert level three demonstrates the Government’s contempt for the real harms of lockdowns, says MP for Taupo, Hon Louise Upston. 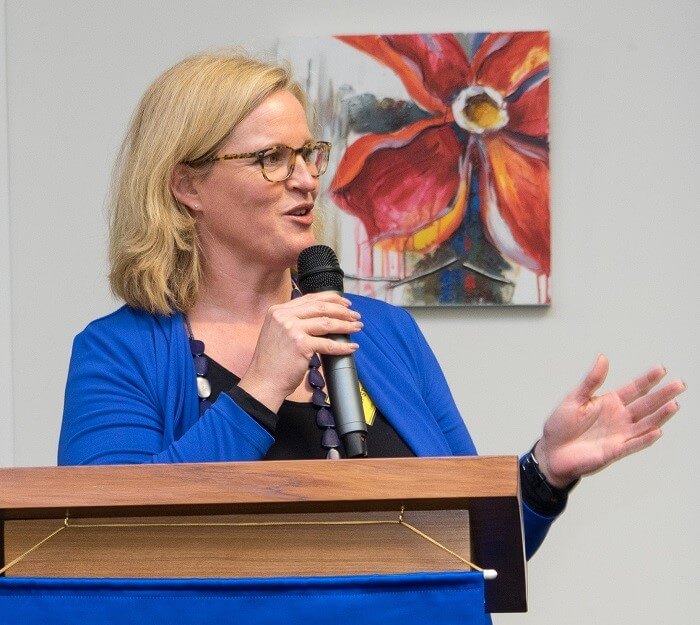 “Despite asking the Prime Minister last Wednesday for the advice underpinning the decision to remain at alert level three, Cambridge is still none the wiser about why stringent restrictions remain in place.”

“The Prime Minister has not bothered to provide the Cambridge community an answer.”

“There were no current cases in Cambridge as at the 1pm update yesterday and the Waipa District has strong vaccination rates with 92% first dose and 82% double vaccinated.”

“People just want to get back to work, school and enjoy and be able to see their friends and family again.”

“The inability of many to work is hurting livelihoods and increasing mental distress.”

“The inability of kids to attend class is damaging their future prospects.”

“Yesterday I wrote to the Prime Minister again to understand when the Cambridge Community can move into alert level two. I also acknowledge and echo Mayor Mylchreest’s call to ease restrictions.”

“Given the circumstances, alert level two provides sufficient precautions while enabling more of the town to get back up and running again.”

“These never ending lockdowns are causing significant distress and uncertainty for many in Cambridge.”

“The least the Prime Minister could do is take the time to respond to their request.”

“Even better, she could explain the rationale for the current restrictions, be open and share the health advice and tell our community what’s needed to move down to alert level two.”

11 November 4.25pm – Cambridge case has been reassigned to a Hamilton location. Protesters in Cambridge on Tuesday

Cambridge business leaders are calling for the town to drop down to level 2 with the bulk of New Zealand as fully vaccinated rates close in on 90 per cent.

When level three restrictions eased a little last week, Cambridge Chamber of Commerce urged retailers to put tables and chairs outside their shops but a Police Covid taskforce then reportedly threatened businesses with closure if they took their trade outside.

Police did not to answer a specific question from the News about the taskforce’s visit but did say they continued to have “high visibility” in communities by conducting reassurance patrols across Waikato.

They were “educating” members of the public and businesses around the new rules “some of whom were not aware of the alert level changes,” a police spokesperson said.

Taupō MP Louise Upston, who lives in Cambridge, had already written to Prime Minister Jacinda Ardern asking her to explain why the town was still in level three but reacted furiously at the weekend when told about the outside furniture ban.

“Have we become a Police State now?”

Upston’s office said yesterday they have not had a response from Ardern or the police.

“We are trying to comply and accept the rules, but they keep changing.”

By Wednesday, as The News went to press, there were 35 active cases in Hamilton, 21 in Te Awamutu-Kihikihi, 23 in Ōtorohanga, two in Kawhia and one in Te Kuiti.

The first Cambridge case was reported in Karāpiro more than a month ago.

The DHB closed its Cambridge Community Vaccination Centre at the community marae 22 days ago saying the town was so well vaccinated, local providers could complete the programme.

The nearest testing centres are in Hamilton, at Founders Theatre, Claudelands and Te Kōhao Health and in Te Awamutu at the Te Awamutu Events Centre Carpark between 10am-2pm.

Waipā has leap-frogged Hamilton to lead the region’s vaccination rates with 91.5 per cent of the eligible population having one dose and 80 per cent fully vaccinated.

The statistics within those show two Cambridge suburbs – Cambridge North and Oaklands-St Kilda – closing in on 90 per cent fully vaccinated.

Meanwhile a small group of anti-lockdown protesters disrupted traffic outside Cambridge Town Hall on Tuesday but were largely peaceful. Police were on hand to keep on eye on the protest, one of several which took place around the country.

The Freedoms & Rights Coalition has given the Government a deadline for tomorrow to revoke all workplace vaccination mandates, which are due to come into force from Monday.