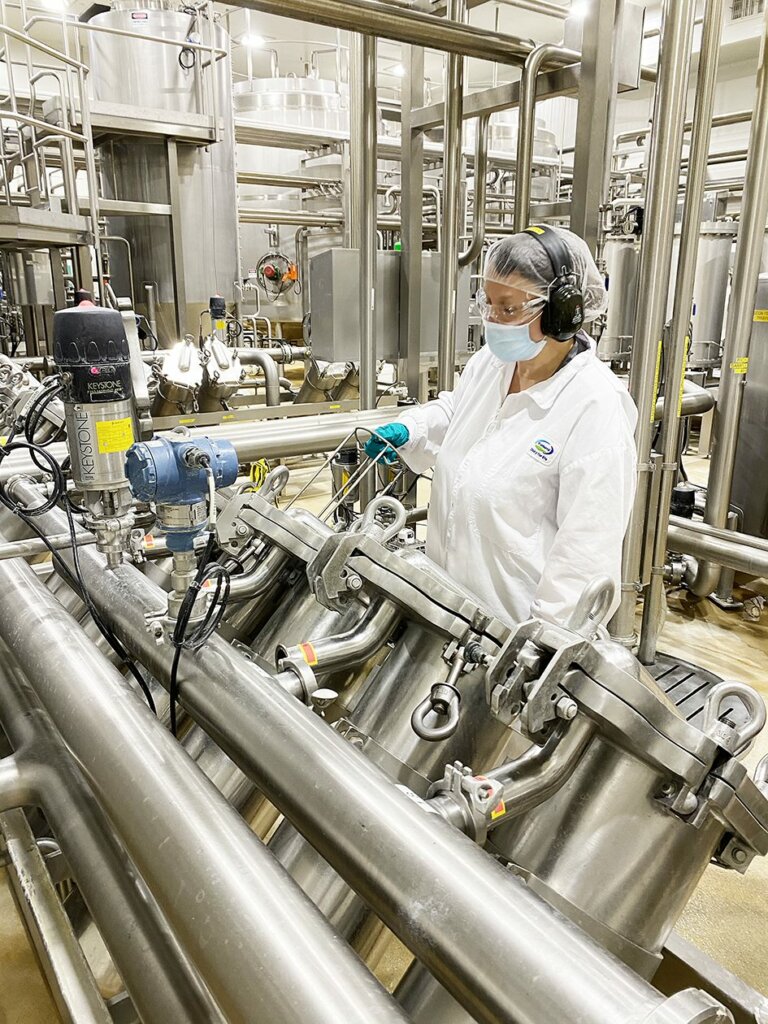 New Zealand’s milk flush – when cows produce and dairy factories process more milk than any other day of the year – is sometime this week.

Waipā’s two Fonterra dairy factories in Cambridge at Hautapu and in Te Awamutu, will produce nearly 10 per cent of the 80 million litres of milk flush.

During peak milking season in the Waikato, Fonterra has the capacity to process over 25 million litres of New Zealand milk every day from its six factories.

This is the third season the dairy co-operative has been impacted by Covid-19.

“We recognise our obligations to our customers, shareholders and team mates to keep processing,” he said.

At alert level 3 Fonterra’s employees at sites are working in shift bubbles, with full PPE, 2 metre distancing, temperature testing upon arrival on site and frequent sanitisation. All sites in the North Island are working under these precautions.

“The great thing about working on a site like Te Awamutu is the community connection, we are right in the middle of town and many of our team are from here.

“There are constant examples of people going above and beyond for each other to keep the plant going and the milk moving. I’m really proud of the effort we see every day,” said Muir.

Fonterra’s Te Awamutu site was established in 1889 and employs more than 290 people. In September 2020, the site transitioned away from coal to be powered solely on wood pellets.

The Hautapu site was established in 1886 and has been a leader in dairy manufacturing for more than 120 years. It has a total of eight plants and employs more than 300 people.