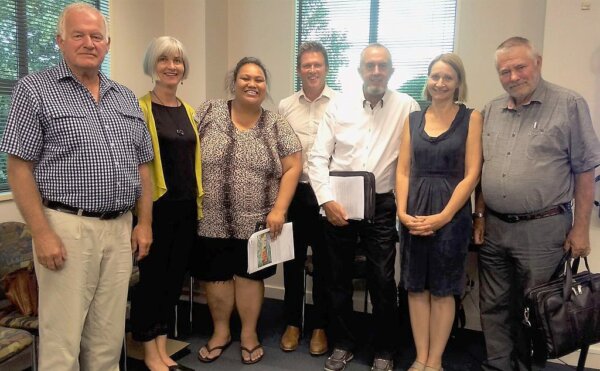 A charitable trust established in 2016 to drive a project to oversee the extension of the Cambridge Museum has been disbanded.

The plug was officially pulled on the Cambridge Heritage Charitable Trust at its September 16 meeting.

Explaining the rationale, Trust chairman Mike Pettit said costs had spiralled over the past couple of years, meaning the initially forecast $2.4 million for the building and fit-out of an extension was now closer to $4 million.

“In addition, Covid-19 has created the sort of financial uncertainty that has affected our ability to raise money through things like sponsorship or work in kind,” he said. “There were also seismic issues at the museum. That combination of factors brought us to the realisation that the time and place to build an extension to the Cambridge Museum is not now.”

Mike said the Trust was proposing the $750,000 already committed to the project be diverted to a feasibility study around building a new Cambridge Library/Cambridge Museum complex on another site.  It was felt such a move would facilitate the construction of a more economical building free from the restrictions and inherent extra costs of the current museum site.

He said the proposal had not yet been put before the Waipā District Council, but he hoped a feasibility study could be completed in time to be included for consideration in the next Long-Term Plan.  No land has been identified for such a project.

Mike said a combined new museum and library could satisfy wider requirements.  He said Cambridge has been asking for a new library for some time, but that proposal had not been included in the Waipā District Council’s current 10-year plan because it was currently deemed unaffordable.

Admitting to a level of disappointment over the Trust’s dissolution, Mike said he considered they had ‘lost the battle, but not the war’.

“It is really important for Cambridge to have a fit-for-purpose museum to showcase its three key historical eras – pre-European, the time of settlement, and post-settlement.   It makes sense at this stage to build a different complex, to find another site and take our time to do it properly.”

He expressed his thanks to the outgoing trustees – Bruce Hancock, Grant Middlemiss, Roger Gordon, Lyndall Hermitage and Hinerangi Kara for their efforts, and to Trust secretary Vicki Jacobsen.

He also acknowledged the commitment from the start of the project of Bruce and Grant, of past Trust members Eric Hill and Tony Gainsford, various organisations and of patron Sir Patrick Hogan.