It’s vax to the max 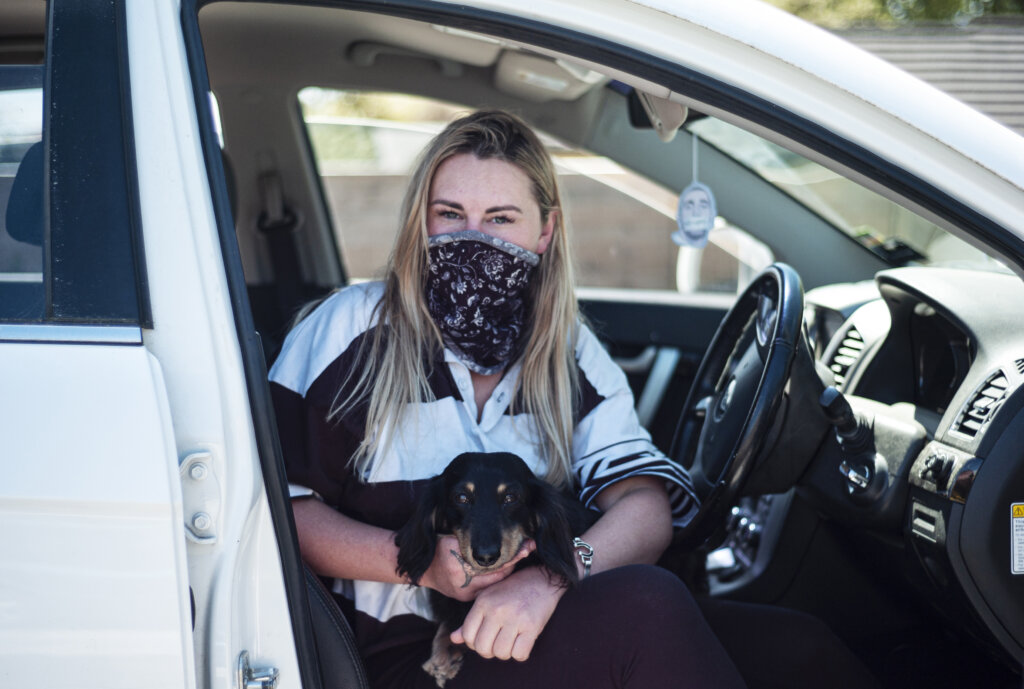 As hundreds of people took advantage of Super Saturday to get their first or second jab, Wintec journalism student Ricky Lam starting his internship at The News by visiting the Unichem Family Pharmacy Cambridge centre with his notebook and camera while senior writer Mary Anne Gill popped into the Cambridge Community Marae .

Maija Vance had her second dose of vaccination today – and said she would back stricter rules about having the jab.

“I think they need to make it that we can’t go to the restaurant or go places unless you get vaccinated, and I think that will help to get people to vaccinate,” the Cambridge horsewoman said.

Vance has been recovering from a serious spinal injury suffered in a race day fall in September 2018.

The former jockey was in the news in April last year after climbing Mt Maunganui to raise money for the CatWalk Trust.

Without some rules around vaccinations, she feared the country would get to the 90 per cent target the Government has set. Super Saturday arrived with Waipa District the 16th most fully vaccinated district in the country.

A total of 84.35 per cent of eligible people had had their first dose and 62.66 per cent their second.

In Cambridge they headed to the Unichem Family Health Pharmacy vaccination centre on Cambridge Road for their Pfizer dose. She said she was having the vaccine as protection for herself and her family from Covid infection.

She fears Covid will remain in the community.

“I feel like, probably, it has become a thing that we have to live with, and we will be having Covid just like you get flu or a cold.”

But with a vaccination, those infected would not suffer symptoms which would require being sent to hospital.

“We’ve got to live with Covid, that is the unfortunate thing, but we can make it less deadly and lesser a health problem.”

There were plenty of incentives to get vaccinated as centres put on entertainment and had coffee trucks operating.

On the coffee truck Courtney Potter and Serrena Ryder of Gourmet Delicious believed the coffee wasn’t the game breaker. “There are a lot of people coming in, they are not coming for the free coffee, they have come just to get vaccinated and get on board with it.” Serrena said.

“People are encouraged by the fact we will be normal, going back to level 2… that’s why they are doing it.”

Members of the Rowing NZ elite development squad and the Tokyo team were keen to help with Super Saturday, so they quickly rallied the troops.

The team really added to the energy and put lots of smiles of people’s faces at Cambridge Marae as they gave out the goodie bags and Michael Brake and Beth Ross even brought their recently won Olympic medals for people to see. 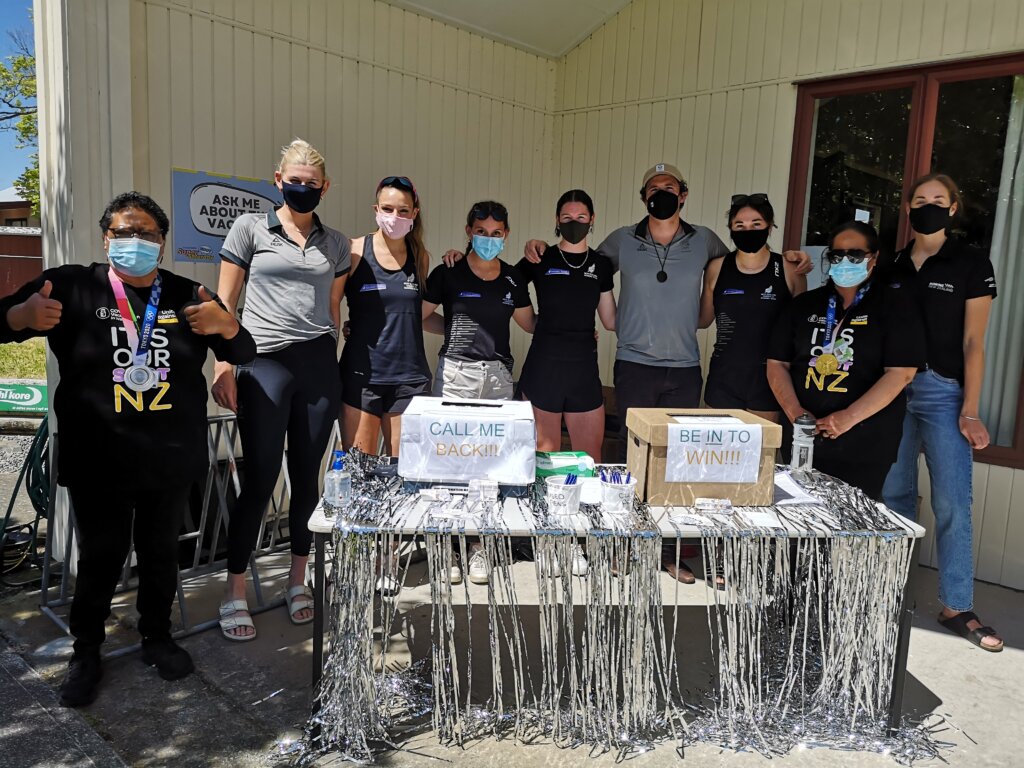 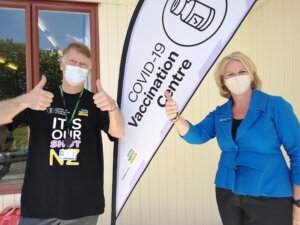 Elliot Kirky, 11, with gold and silver medals won by the NZ Rowing team at the Olympic Games in Tokyo. Pictured at the Cambridge Community Marae Family affair: Daniel Hughes, 12, celebrating getting his second vaccination at Cambridge Community Marae with his as yet unnamed 2-week old sister, brothers Anton, 1, and Levi, 7 and mother Rosie.