A positive waste water COVID-19 test has been reported in Te Awamutu, in the Waipā District. The sample was taken on Tuesday, October 12.

The Waikato District Health Board has set up a testing centre at the Te Awamutu Events Centre, across from the Te Awamutu Library, in Selwyn Lane which will start testing from 2pm today.

Anyone in Te Awamutu who has symptoms is urged to get a test.

The most common symptoms of COVID-19 include a fever, cough, tiredness and a runny nose. Other symptoms may include a headache, aches and pains, diarrhoea or a skin rash.

Waipā District Council will continue to test wastewater samples for COVID-19. Advice from Dr Caroline McElnay at the 1pm press conference indicated this could be a result of a person in recovery shedding the virus, or an undetected case within the community.

Te Awamutu is currently in Alert Level 3 along with the majority of the Waikato District.

10.45am – 14 October 2021 – For the second time this month Waipā District councillors have taken it upon themselves to do publicity work – this time showing people where they can get their jab on Super Saturday.

It was a councillor who revealed to The News the active Covid case in Karāpiro on October 6 which led to us breaking the story – and Waipā moving to Level 3.

This week deputy mayor Liz Stolwyk called the News and drove a publicity push for “Super Saturday” which featured on the front page of the Cambridge News.

Senior reporter Mary Anne Gill compiled a list of vaccination centres in the absence of any media releases or advertisements.

Today we have again been approached by councillors.

They were sent a list of Super Saturday vaccination centres this morning by the Waipā District Council.

But we believe it contains errors and we will not be reproducing it.

The list, which we compiled, is the most accurate we know of.

6am – 14 October 2021 – Waipā will look to cement its place at the top of the Waikato Covid vaccination table on ‘Super Saturday’.

More than 40,100 people in Waipā had their first doses by Wednesday morning. At 82.7 per cent, that puts the district well ahead of Hamilton in second place on 78.9 per cent. 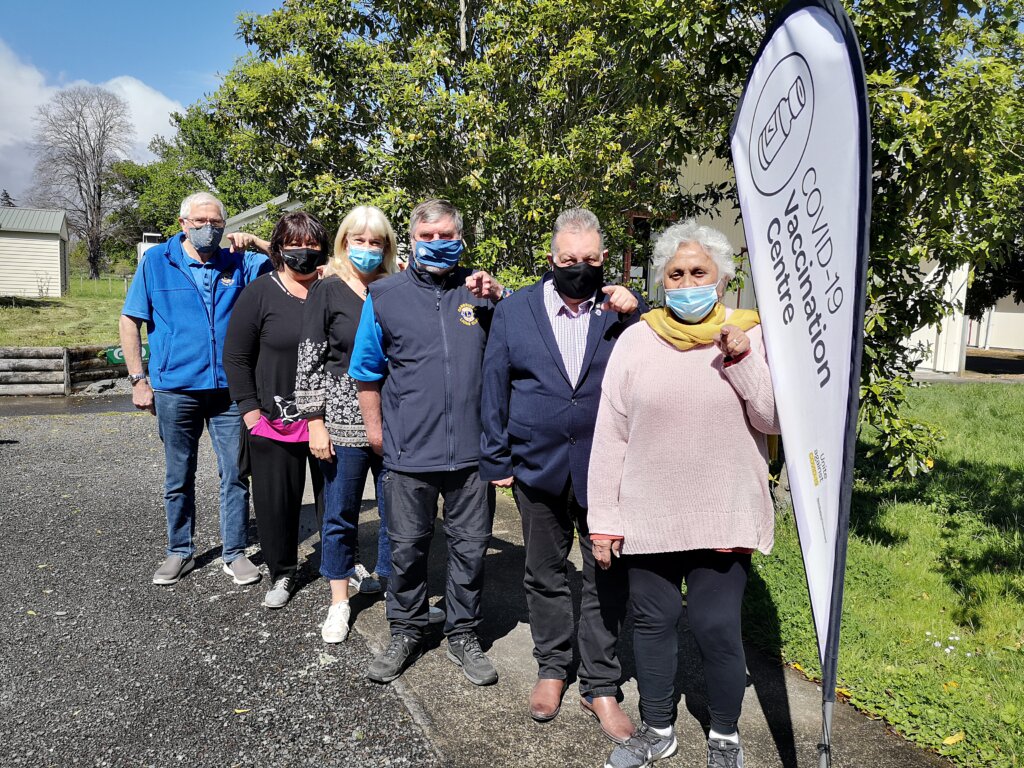 Deputy mayor Liz Stolwyk said she wants the district to break through the 90 per cent barrier after Super Saturday and to encourage residents to do that, the district council, Waikato DHB and Chambers of Commerce in Te Awamutu and Cambridge were organising several celebratory activities.

She was speaking ahead of yesterday’s announcement that Waikato would remain at Level 3 until 11.59pm Monday.

Nga Hau E Wha (Cambridge Community Marae) committee member Kiri Gray said she and others from the Leamington marae would “strum for the cause” with their Ukulele Club.

Māori vaccinations continue to lag – 51.1 per cent of the eligible Waipā Māori population were vaccinated by Wednesday morning.

“Every parent has been told to get vaccinated and to get their teenagers vaccinated,” she said. “We’ll do whatever we need to do to.”

Mayor Jim Mylchreest said Waipā needed to come together and get vaccinated and challenged the district to live up to its moniker.

“[It would] be great if Waipā: Home of Champions had the highest vaccination rate across the country.”

Sausage sizzles, chips and hot dogs, provided by Lions and Rotary service clubs and entertainment from musician Scotty Stone will be held at the marae and Unichem Family Health Pharmacy on Hamilton Road.

In a message of support from the DHB, chief Nursing and Midwifery officer Sue Hayward, who lives in Cambridge, paid tribute to nurses and support people who were giving up their time and other commitments to “be the ones who are making sure we can have a healthier future.” “Your willingness to be part of this vaccination drive is wonderful and I as a nurse and as an individual do thank you.”

Super Saturday and the ongoing vaccination drive would ensure every person is protected and able to look forward to a life not destroyed by a preventable disease, said Hayward.

MPs have put politician differences aside to back Super Saturday and encourage people to get vaccinated.

The News has been approached this week by Labour’s Angela Roberts and Taranaki King Country MP Barbara Kuriger, National – and they are singing from the same hymn sheet.

Kuriger, National’s rural spokesperson said farmers and their teams had been busy doing their own thing, “but we’re at the end of calving and lambing. Now is the time for them to ensure that they and their families, as well as their staff, are protected.”

Roberts said adjusting to the reality of having Delta arrive in Waikato had been hard.

“This time around, as well as making sure that everyone is safe, has food and financial support, we also need to get tested and most importantly, get vaccinated.

Both MPs also referred to some of the hysterical claims being made about the vaccine and vaccinations.

“If you are already vaccinated, you still have a job to do – talk to your whanau and your mates,” Roberts said. “There is a lot of great information on the Covid-19 website to answer all those valid questions that make us uncertain.” 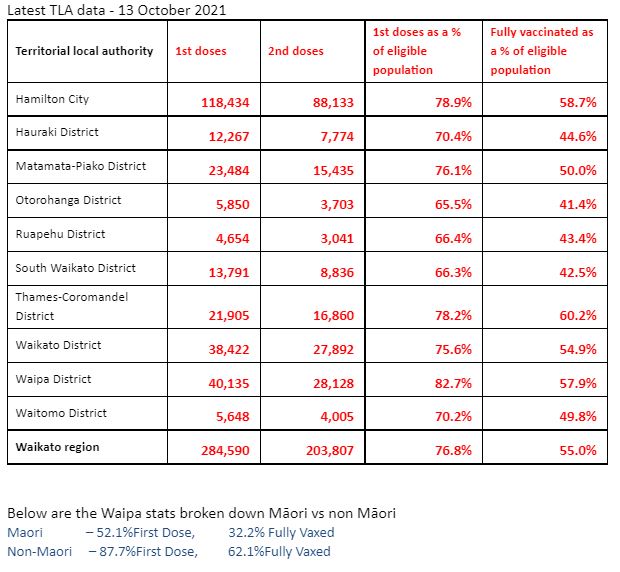