Railing against the road machines

“Everyone talks about 10 year plans – this should be a five year plan.” 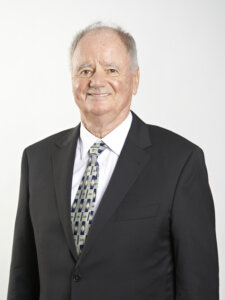 Waikato Regional Council chairman Russ Rimmington has jumped back on track to call for rail development in Waikato to be prioritised.

He says priority must be given to establishing lines from Hamilton’s satellite towns including Cambridge, Te Awamutu, Morrinsville and Huntly.

“We are going to have 40,000 more vehicles on our roads in 10 years and our roading problems will be compounded,” he warned.

“There is not a developed country in the world which doesn’t have a good rail system and we have fallen behind.”

Both Cambridge and Te Awamutu are well positioned to benefit.

A corridor has remained open from Cambridge to Hamilton’s main station in Frankton, and the line from Te Awamutu would almost certainly include a stop at Hamilton Airport. “We should be having those trains running from the crack of dawn and through the day,” Mr Rimmington said.

Last November a report – the Hamilton-Auckland Corridor Plan & Implementation Programme – was presented as an “an update to the Shared Spatial Intent for the H2A Corridor 21 February 2019”.

It said the road network has become the dominant land use shaper and a more balanced approach was needed. Among priority development areas was a southern metro corridor covering the growing Hamilton suburb of Peacocke, the regional airport, Te Awamutu and Cambridge.

Mr Rimmington said he would welcome the opportunity to discuss the issue with Energy and Resources Minister Megan Woods and believed the economic benefits of turning to rail were significant both financially and socially.

His council has recently launched the Te Huia rail service between Hamilton and Auckland.

While the project has its critics, he is sold on it. “I look at the joy on the faces of commuters travelling in a carriage which has a 747 jet finish using the Wi-Fi.”

He is promoting a rail renaissance and argues metro rail links will have enormous benefits for Waikato towns.

“People will be able to commute rather than move to Hamilton – we will be spreading the workload and benefitting Cambridge and Te Awamutu.

The regional council chair has also been in talks with Auckland mayor Phil Goff about enhancing the rail links between the two cities and he says it works both way as Aucklanders will be able to visit the Waikato in comfort and eventually take rail to see attractions in outlying Waikato communities.

“I would say let’s get a five-year timetable – one aimed at developing an economic powerhouse.”

Read more: When it comes to rail, councillors are ….. On different tracks