Half a century – time to sell 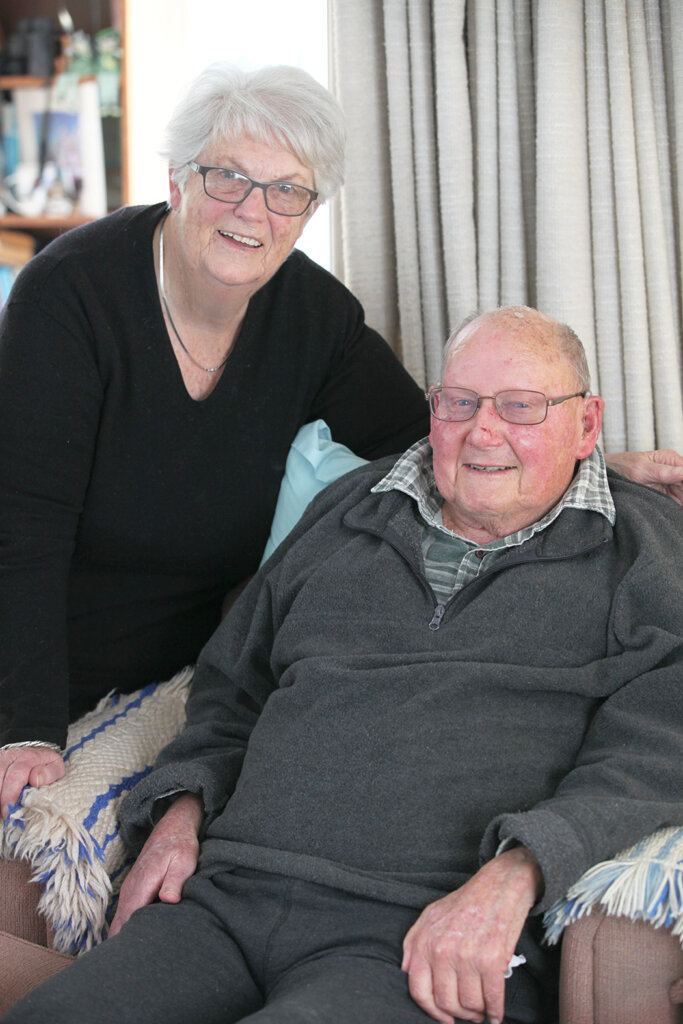 Elaine and Graeme Haworth reflect on their years in business.

With a mixture of sadness and nostalgia, Cambridge businesspeople Graeme and Elaine Haworth are selling two Duke St shops they’ve owned for more than 50 years.

The buildings, 61 and 63 Duke St, are tenanted by Dante’s Fine Foods and Point Break Cambridge.

“Graeme wasn’t really keen to let them go because it’s a bit sentimental,” said Elaine, who has been managing the retail stores’ leases following her husband’s stroke.

“It’s probably easier to sell something if it hasn’t been such a big sacrifice, I suppose, over all the years.

But the paperwork’s just got beyond me and this will lessen my load.”

Graeme, 85, has lived in Cambridge all his life and Elaine, 83, moved here when she was eight.

They began dating as teenagers and first entered the local retail scene in the 1950s when Graeme’s father Len died, leaving Graeme to run his Victoria St shop, L R Haworth Ltd, which sold carpet, vinyl and “all sorts”.

“We went into the unknown; we didn’t know how big a job it was going to be,” Elaine said.

Graeme had just returned from King’s College and had been working as a carpet and vinyl layer when he suddenly found himself at the helm of the business, aged just 19.

He and Elaine married in 1959 and had identical twins a couple of years later.

“They were full on,” Elaine said.  “They had reflux and we needed a lot of help from family.  Then our son Grant came along.  Having young children was a challenge while running a business.”

“If the siren went off, I knew I had to get down to the shop because Graeme would just take off and it’d be left empty,” Elaine said.

When their thriving business outgrew its original Victoria St premises Graeme and Elaine took out a bank loan to buy a bigger building at 61 Duke St.  They later purchased three other Duke St buildings, expanding into furniture, beds, curtains, linen and homeware.

They reckon they could fill several books with stories about their decades in retail, from being swindled out of thousands of dollars to the bustling market days and humming Christmas Eve parties.

“In those days we weren’t just business owners, we were a big happy family and an integral part of the community really,” Elaine said.  “And there was a good group of us that we all knew.  We had a good social time.”

The couple said they were very proud of what they’d achieved over the years.

“We sure did,” said Graeme.