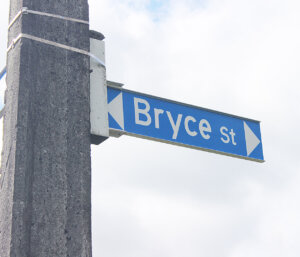 Two submitters to the proposed Waipā District Council Naming Policy were adamant the names had to go and gave good reasons when they presented to the council’s Strategic and Planning committee on Tuesday.

The aim of the approved policy is to ensure names of council’s assets tell the story of Waipā and reflect Waipā’s natural, cultural and historic heritage while better reflecting the local communities.

Bryce Street is named after John Bryce, a former minister in parliament in the late 1800s. Bryce had no links with Waipā during his time in politics from 1859 to 1887 but then briefly and controversially became the member for Waipā in 1889. Bryce was chairman of the Native Affairs Committee from 1876 to 1879 and Minister of Native Affairs from 1879 to 1884. Responding to the growing pacifist settlement at Parihaka in Taranaki, led by Te Whiti-o-Rongomai and Tohu, Bryce passed legislation enabling Māori to be imprisoned without trial.

Strawbridge said that names like Bryce Street highlight people with very little links to the district’s history and ignore others that did.

The late John Hewitt became Waipā mayor in 1995 after serving on the council since 1989. He was a Te Miro dry stock farmer and his ashes were spread over his farm following his death in December 2011.

Strawbridge and others in the Maungatautari area have long argued for a name replacement from John Hewitt Drive to Te Hiwi Drive, which better reflected the area’s history.

No mention was made of Alan Livingston Drive, named after the former Waipā mayor and Waikato Regional Council chair who has been a sheep and beef farmer at Te Pahu for more than 30 years and attended the same school as former Prime Minister Helen Clark.

Committee chairperson Susan O’Regan said the new policy was a way to “empower the community” and give them a say as to what place names best reflect the community they live in.

Name changes will only be done in exceptional circumstances and will not lead to any wholesale changes with more of a focus on a case by case matter, she said.