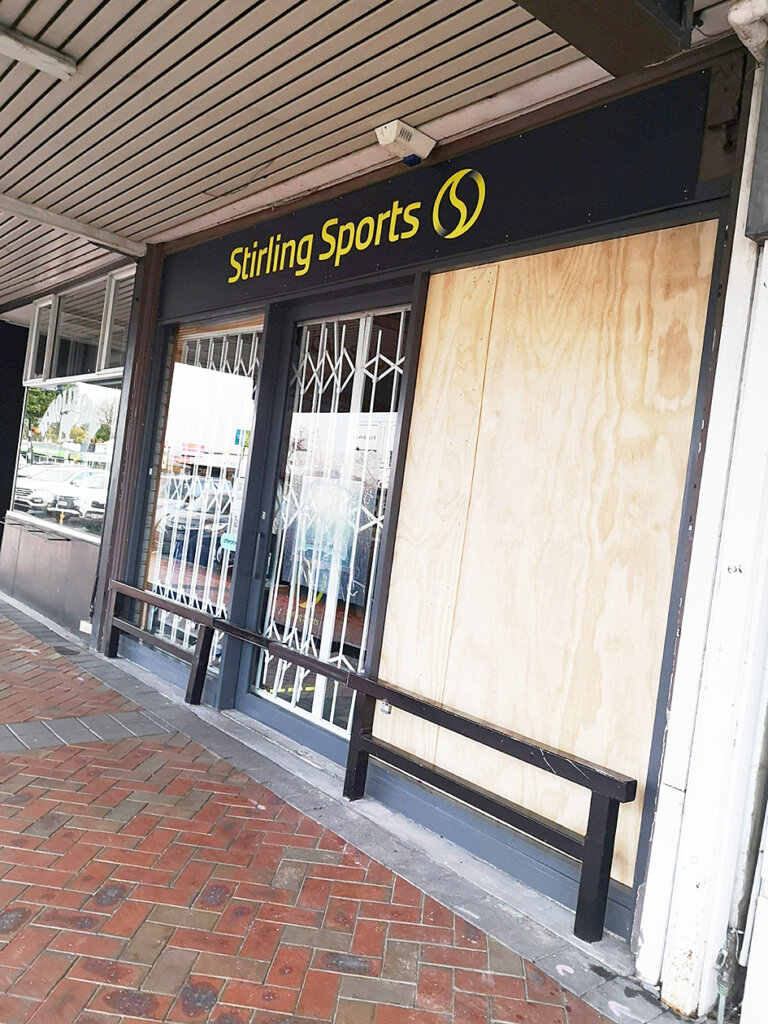 A dramatic break-in at Stirling Sports in the early hours of last Sunday was the third in the town in 10 days.

The cases could be linked and one arrest has already been made.

A group of offenders, whom police believed were armed, used hammers and a vehicle to try and gain entry to Stirling Sports shortly after 1am last Sunday and then attempted to ram a police car.  They succeeded in getting into the store and stole items before leaving in a vehicle.

Cambridge Police Sergeant Benjamin Joll said two Cambridge police units patrolling the CBD area at the time were alerted and arrived on the scene as the offenders’ vehicle was leaving.

“In order to evade police, the offenders threw weapons at the police vehicles,” he said. “They then stopped their vehicle near BP Service Station in Victoria St and reversed at speed attempting to ram the police vehicle. The offenders brandished what appeared to be a firearm at officers before abandoning the vehicle and running off to another waiting vehicle, which then fled.”

Sgt Joll said all items stolen from Stirling Sports were recovered and police have conducted a forensic examination of the vehicle and scene.

Cambridge Police are also investigating a burglary of nearby Sports World on June 9, and one at New World Supermarket on June 19.

Sgt Joll said an 18-year-old youth arrested on June 19 had admitted to being involved in the burglary at Sports World.

“We are also actively investigating whether these offences are linked to the same group of offenders,” he said. “We understand this can be distressing for the owners of these local businesses, and police want to assure the community that we have a team committed to investigating this offending and are working to hold those responsible accountable. We have already made a number of arrests in relation to similar offending.”

The break-in at Stirling Sports was the seventh in five years.  The outlet’s owner Sarah Nicholl, said there had been five ram-raids, one incident using a boulder and now this.

Early on Sunday morning, the pavement was littered with broken glass and the front bumper of a vehicle the thieves had used to try and gain entry through the front of the store.