Waipā District Council has too many elected members and should reduce the numbers to attract people with the skill sets the district needs.

The call comes from Susan O’Regan, who chairs the council’s Strategic Planning and Policy Committee, and was one of 14 elected officials who considered 1505 submissions to the council’s Long-Term Plan over four days last month.

She says having a mayor, 13 ward councillors and 11 community board members for a district population of 56,200 people is too many. Add in central and regional representatives and Waipā is “over-governed”, she says. 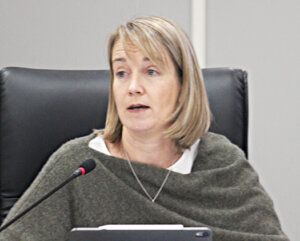 In contrast, Hamilton has a mayor and 12 councillors for a population of 169,300 people.

Chairing the committee was a mammoth job for the 49-year-old former barrister who was brought up to value public service and service to the community. She is the only daughter of the late Katherine O’Regan who was the first woman elected to the Waipa County Council and who then went on to be a Member of Parliament for 15 years.

In a wide-ranging exclusive interview with The News, Susan O’Regan spoke of her political ambitions, life on an award-winning farm with husband John Hayward and being the mother of a blended family of five aged from six to 21.

The two-term councillor represents just over 4000 residents in the sprawling rural Kakepuku ward which surrounds Te Awamutu on all sides and shares boundaries with both the Pirongia and Maungatautari wards.

“There are too many elected members. I’d prefer to see that number reduced in Waipā and would like to see us do a bit of work around actively reducing the numbers.”

Waipā has a pool of $470,016 a year from the Remuneration Authority to allocate to its elected members. Fewer elected members would result in higher salaries for councillors.

“Hopefully, we can attract the people with skill sets we need rather than people with time on their hands and who have passive incomes.”

O’Regan concedes she is in a privileged position where her husband can accommodate for her when she is on council business. 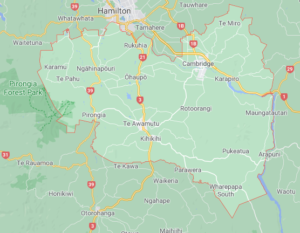 But most councillors must forgo having a full-time job because of the time demands and that results in a council that is not reflective of society, she says.

“We have meetings every Tuesday. It doesn’t lend itself to being an option for a lot of people.

The last review of councillor numbers was held in 2018 and resulted in an additional representative for Cambridge. Another review will be required to accommodate the new Māori ward for next year’s local government elections.

Read: Boards for the chop