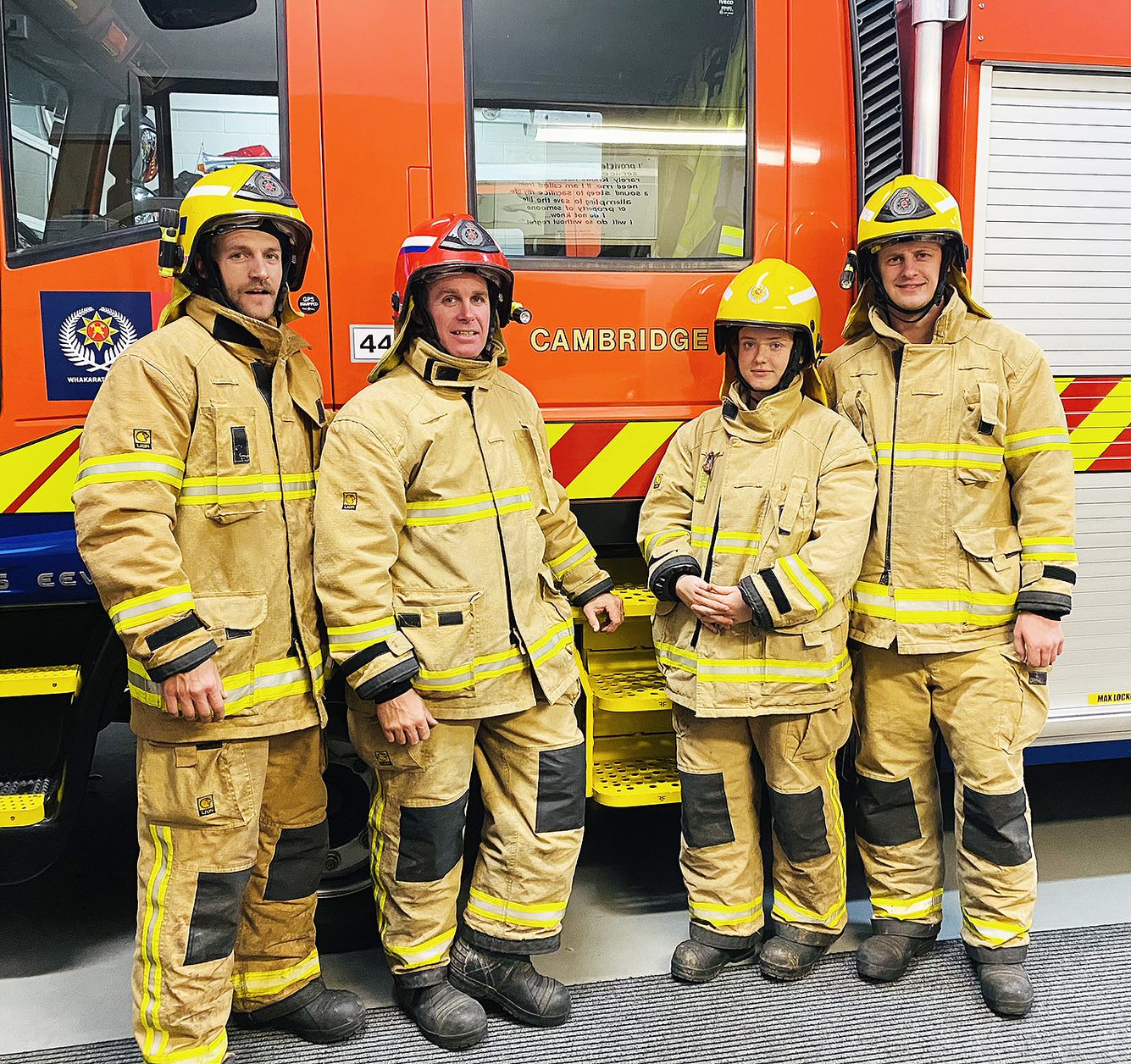 But on May 22 they’ll be taking it to new heights as they don full firefighting kit and race up 51 flights of stairs at Auckland’s Sky Tower.

The annual Firefighter Sky Tower Stair Challenge was developed by Tony Scott in 2005 and has since raised more than $9.2 million for Leukaemia and Blood Cancer New Zealand.

“It’s really physically hard and it’s quite a mental challenge too, getting up there in 25kg worth of kit,” said team captain Glenn.

“You’ve got the weight of the oxygen tanks on your back and the firefighting gear keeps the heat in, so you get really, really hot.  Your legs and lungs are burning and you think, I’m never doing this again.  But it’s amazing when you come through the top.”

Glenn first competed in the challenge in 2011 and has done it five times since, but it’s been five years since he last took on the tower’s 1103 steps and 328 vertical metres.

“Ellie wanted to do it for the first time this year so she convinced me to have another crack,” he said.

“I’ve got a close family friend who has been through leukaemia and survived it, so that’s another reason I’m doing it.”

He and Ellie have been training hard, running up stairs in the Hakarimata Range and at Lake Te Koo Utu in firefighting gear.

The Cambridge team hopes to raise $4000 and was sitting at about $3000 early this week.

Glenn is hoping locals will forgo one cup of coffee for the cause.

“Every dollar helps, so if someone could spare a little bit of change that would be fantastic,” he said.

Donations can be made at https://firefighterschallenge.org.nz/cambridgevolleys.