Tall fern turns heads in the US 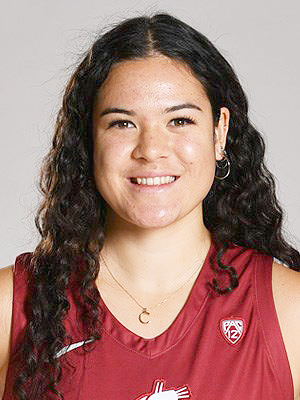 Leger-Walker – who features in a Waipā youth awards story – has become the first player from the Washington Cougars to be named in the United States Basketball Writers Association All-American team.

In mid-March Walker-Leger helped Washington State University to qualify for the National Collegiate Athletic Association Tournament for the first time in 30 years and she has also been named the Pac-12 Freshman (first year player) of the Year.

The Pac-12 Conference is a college athletic conference covering the western United States, catering for 24 sports.

Leger-Walker was the youngest player to represent New Zealand after she was called up as a 16-year-old. She also helped New Zealand to bronze at the 2018 Commonwealth Games in Australia.

Her mother Leanne Walker captained the Tall Ferns at the 2004 Athens Olympics and her sister Krystal is also a Tall Fern, a former St Peters Cambridge student – and is also playing for Washington State.