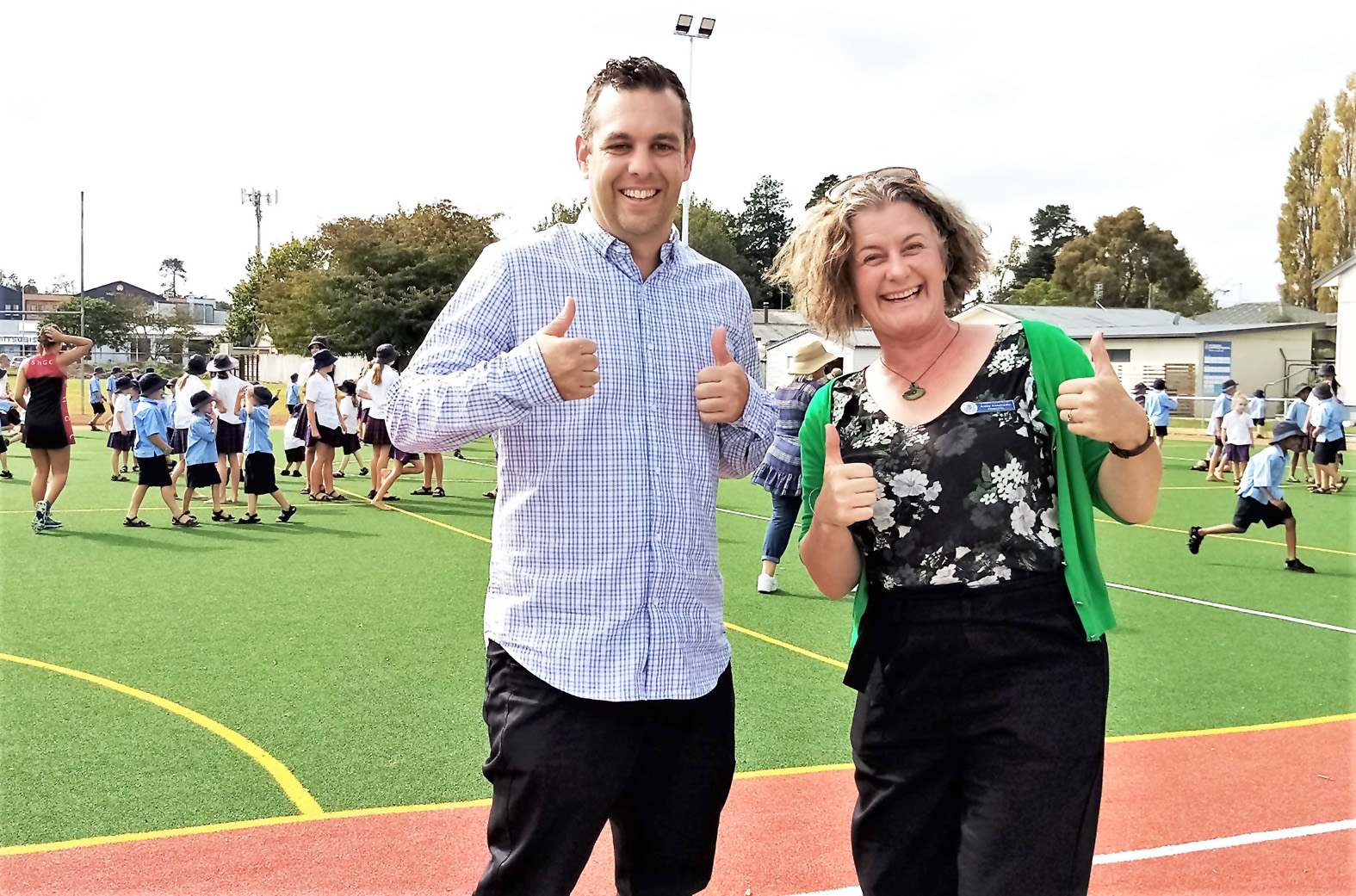 St Peter’s Catholic School marked the end of the last school term with a grand opening of its $140,000 multi-purpose turf.

The project has been a long-time in development, going through two school principals, Debra White and Grant Stuart, during the developmental phase, leaving current principal Anita Asumadu to organise the fencing and wrap up the final touches.

The lengthy timeframe also set the school on a five-year fundraising path.  Helping contribute funds during that time has been the school’s Parent, Teacher and Friends Association (PTFA), the Diocese of Hamilton, and numerous fundraising events including the popular Waipā Fun Run.

Principal Asumadu told those at the opening that projects like this ‘don’t happen overnight’ and this one had required huge effort from the school community as well as from others further afield.  She thanked businesses who were involved in bringing the project to fruition, most of whom attended the opening.

The sprawling turf will be used for sport and as a play area for the children.  Students from Hamilton’s Sacred Heart Girls College were there on the day to give a demonstration of a variety of sports that can be played on the turf.