Bert Downs, from Te Awamutu College, was cited for his academic achievements in 2020.

Nominations have opened for the 19th 2021 Waipā District Council Youth Awards, which celebrate the achievements of the 14- to 18-year-old.

This year, a new environmental category sponsored by Fonterra has been added to the award spectrum to acknowledge care for the environment.

Youth aged 14-18 years who live in or have attended school in Waipā for at least six months of the 2020 academic year are eligible to enter.

Mayor Jim Mylchreest said the awards were one way to acknowledge the large achievement that Waipā youth had put in over the past year. Charlese Leger-Walker, St Peters Cambridge, was honoured for sport and as a multi-achiever.

“A large part of what makes Waipā a vibrant community is our young people who innovate, challenge and inspire those around them every day to make life better. These awards are our way of acknowledging these exceptional youth who make an epic contribution to our schools and wider community.”

“Receiving an accolade such as these awards can also help boost future scholarship and academic opportunities, showing the drive and determination each person has put in to achieving excellence,” Mylchreest said.

Each year the ceremony is hosted by head students of Te Awamutu College, Cambridge High School and St Peter’s School Cambridge and held at one of the three secondary schools.

The 2021 awards ceremony will be held at St Peter’s School in Cambridge on Thursday 26 August. 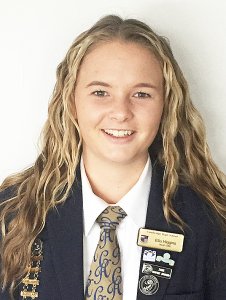 Nominations close on Friday 28 May 2021. Forms are available from secondary schools, Council offices, libraries and at www.waipadc.govt.nz/youthawards