Councillors are told to lead 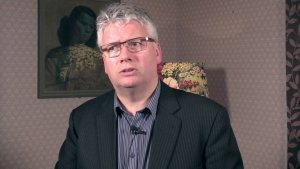 Former New Plymouth mayor Andrew Judd, a major voice in the move to enable Māori wards to be created without being hooked by a referendum, says Waipā District Councillors should be leading change rather than asking for directions.

Speaking exclusively to the News, he echoed the sentiments of councillor Hazel Barnes who suggested the decision to consult community wide was a “complete waste of time”.

She indicated an earlier vote had been made by councillors to go to the community on the issue at a Zoom meeting, but she had not heard a Māori perspective.

Mr Judd questioned the need to consult on wards.

“What answers are councillors searching for that they don’t know as elected representatives?” he said.

“My message to councils is to lead the community – make decisions.”

Mr Judd, whose bid to set up a Māori ward in 2014 was overturned by his electorate, his since found himself in constant demand on the speaking circuit.

The man who once described himself as a “recovering racist” is now a member of the Māori Party.
Local Government Minister Nanaia Mahuta chose the New Plymouth District Council debating chamber to announce the power to snuff out Māori ward bids by councils was being removed.

In Waipā the consultation period runs to April 19. For more information go to www.waipadc.govt.nz