When the News went to press on March 25,  St Peter’s Cambridge had qualified three boats into the A final –  U15 Boys Double, U15 Girls Octuple and U17 Boys Quad.

Megan Glenn, Assistant Director of Rowing at the St Peter’s Cambridge, said race conditions had been good with little to no wind, with any wind being a helpful tail breeze.

The school had also qualified 10 boats into the semi-finals to be raced today and a further 17 boats raced in repechages yesterday. Cambridge High School have also enjoyed a successful start to the regatta with six crews winning their heats and securing a position in a semi-final. 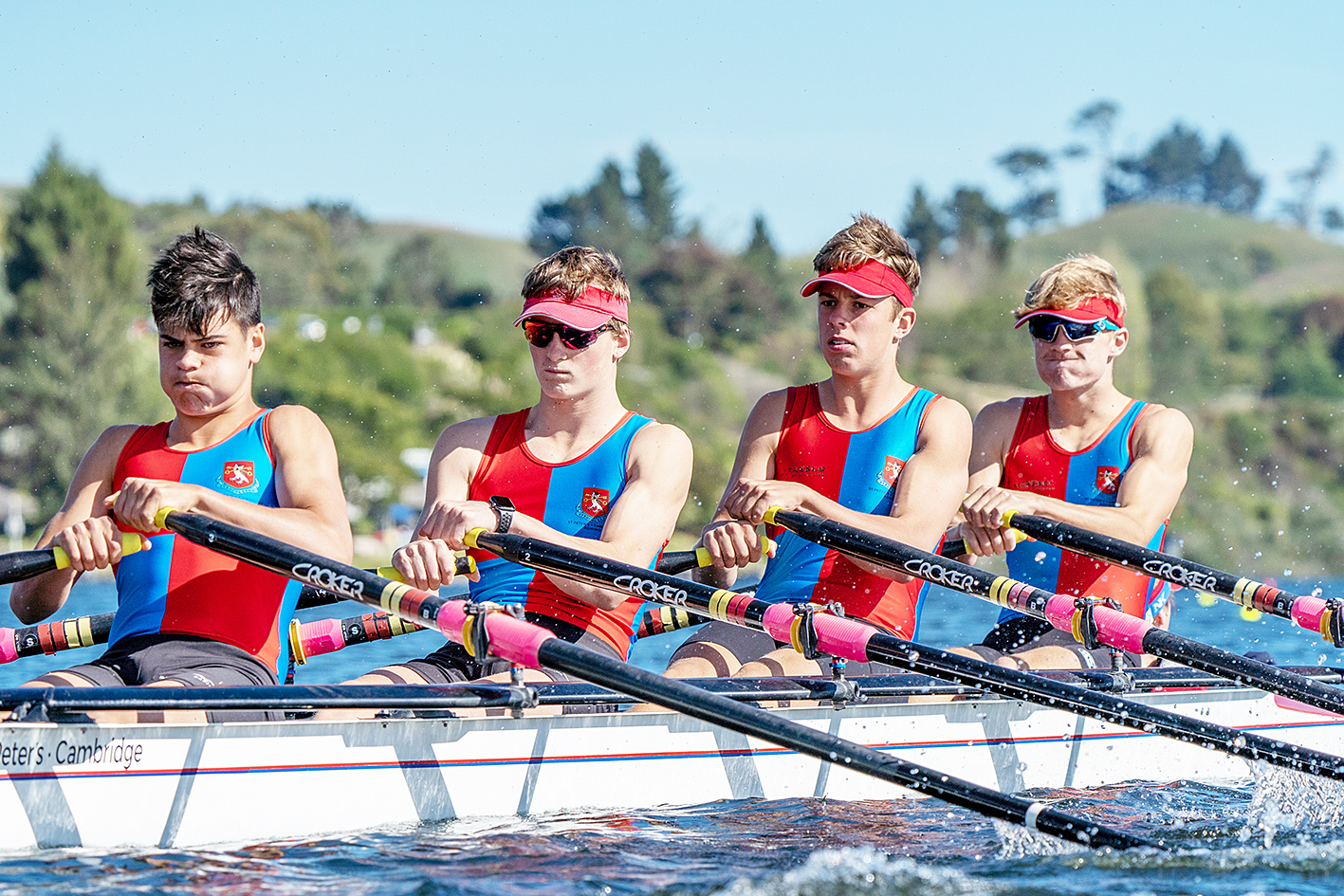 Fifteen other crews progressed through to a repechage.

Te Awamutu College’s Sam Shaw qualified for the repechage in under 16 single scull after finishing fifth in his heat.

The College’s only other representatives, Katie Dale and Keita Koroheke competed in the heats of the double scull heats.

Semi-finals were on Friday, and finish today.