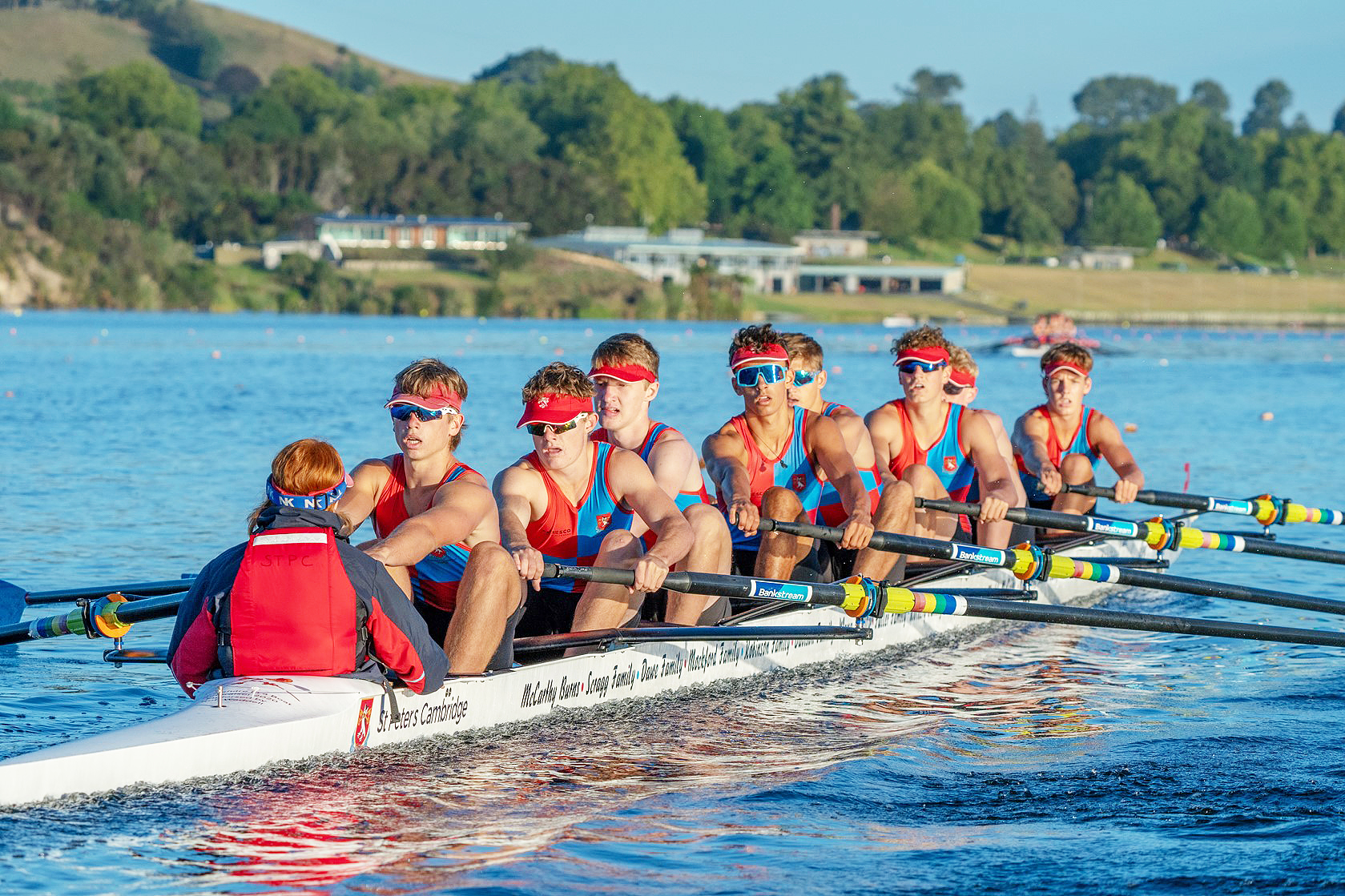 St Peter’s Cambridge is sending a team of 81 rowers, including the U-17 Boys eights to the Maadi Cup. Photo – Conrad Blind

Maadi Cup is back at Lake Karapiro and Waipā schools are sending some of their biggest teams yet after Covid led to the cancellation of the 2020 event in Twizel.

St Peter’s Cambridge is sending a team of 81 rowers to race at the regatta – the largest team they have ever sent.

The school’s Director of Rowing Janey Charlton said following a training camp at Whakamaru over the weekend the team is excited and ready to race.

“Due to the suspension of North Island Secondary School Champs this year it is hard to say where many of our boats sit amongst the field,” she said.

“After the disappointment of not having Maadi in 2020 the team is looking forward to getting out on the water and racing hard against crews from across the country.”

Cambridge High School has 50 rowers and three coxswains competing at the event, supported by 10 coaches.

The squad performed well at the North Island Club Champs at the end of January, coming away with two gold, two silver and two bronze medals.

Katie and Keita have raced together throughout the season and will be competing in girls’ under 18 double sculls and Sam is racing in under 16 and under 17 single sculls.

Te Awamutu Rowing Club representative Tony Edmondson said Sam’s performances have improved over the season. He has reached A and B finals at North Island Club Championships and Aon Junior Regatta.

His coach Dave Potts expects him to peak at the Maadi Cup.

The 2021 Maadi Cup will be held at Lake Karapiro from next Monday to Saturday.

It will be the event’s biggest with more than 2,623 competitors from 122 schools expected to compete in front of a combined audience exceeding 8,000.