The house that Jack built 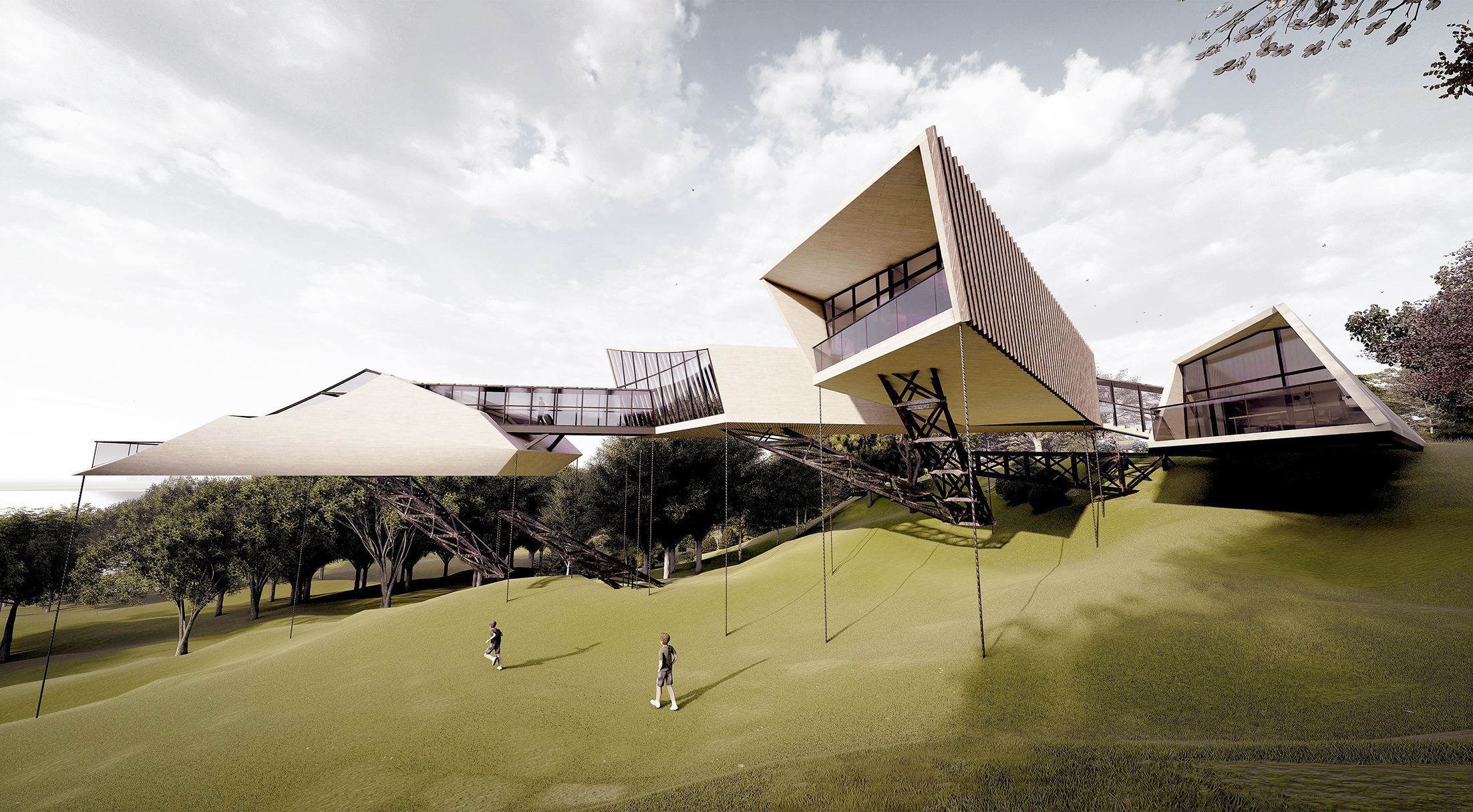 It all started with the leaves of the cypress plant. The twisting branches of the Bonsai tree offered form. And the Tensegrity sculpture, a kind of optical illusion that seems to defy gravity itself, was the final element in Cambridge High School student Jack Zhang’s NCEA scholarship-winning architectural design.

It’s this kind of visual progression — from a simple natural form to a functional building — that NCEA scholarships in DVC (Design and Visual Communication) demand, according to Nick Bowskill, Zhang’s teacher last year.

Zhang has scored the highest scholarship mark in New Zealand for DVC — a first-time achievement for CHS when it was awarded this January — with his design for an “anti-gravity” house situated on the banks of Lake Karapiro.

“It’s once in a lifetime really,” Bowskill, one of the school’s resident DVC teachers, said. “You don’t get scholarship DVC, ever.”

Zhang saw a Tensegrity sculpture — in which a piece of wood appears to levitate in space above another — online once, and it captivated him. “It looked like it was floating in air — and I was amazed by the physics of this — the illusion,” Zhang said.

And so, when it came to creating a design for his DVC scholarship application, Zhang turned back to the Tensegrity concept, and set his mind to designing a house that would appear to levitate above the Lake Karapiro shore.

Natural forms like the cypress and the bonsai factored in: “I took the leaves of the cypress plant and extracted the basic shapes and rearranged and combined them to form my architecture piece,” Zhang said.

“It’s all about the visual story,” Bowskill explains. “About telling that design story, from the leaves to the final building.”

Bowskill is full of admiration for Zhang’s skill with a pencil. “He’s developed his own sketching style. It’s expressive and emotive. Really quite original,” he said.

This year, Zhang is looking to head to university overseas, with his heart set on studying architecture.

And he’ll have this extraordinary scholarship result under his belt — as Bowskill said: “To get scholarship, [the design] has to be out of the box, it has to be like — whaaaat?”