Maurice marks 105 laps around the sun 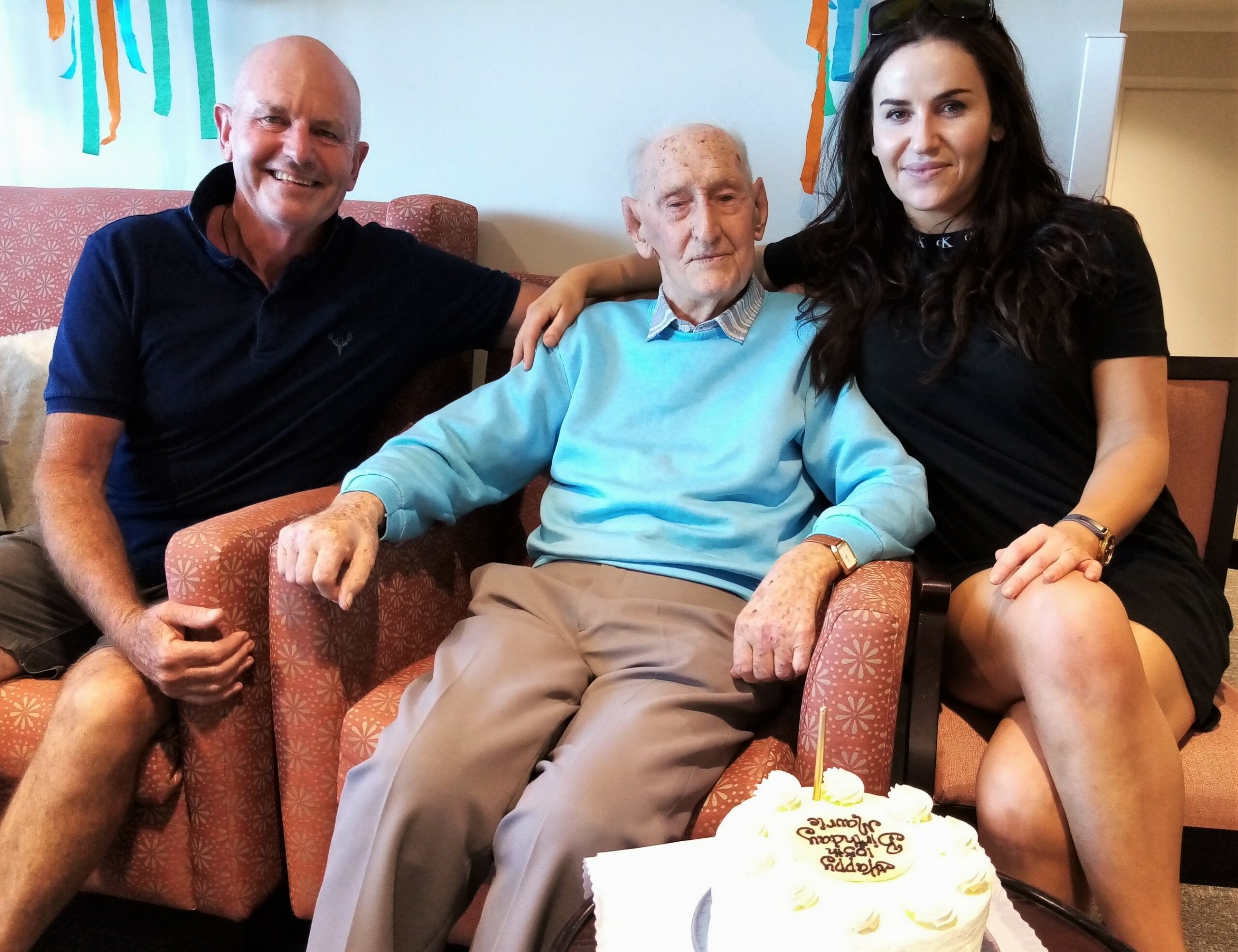 Maurice ‘Maurie’ Evans with his son, Pete, and granddaughter Amanda, at his 105th birthday party in Cambridge.

At an impressive 105-years-old, Maurice ‘Maurie’ Evans is the living embodiment of the glass-half-full approach to life.

He has faced love and loss through the years, struggled with the aftermath of spending four years on World War Two battlefields, and walked through life armed with the rock-solid philosophy that while you can’t do much to extend your lifespan, you can do a great deal to shorten it.

Maurie celebrated his birthday on February 12 at the place he has called home since July last year, the Moxon Centre at Cambridge’s Selwyn St Andrew’s retirement village.  Before that and after his wife Patricia died, he lived with his son Pete in Tamahere following many decades spent living in Christchurch.
Maurie was born in the Hawkes Bay town of Wairoa on February 12, 1916.  World War One was on at the time, and the family moved to a country district just outside Invercargill. “The next stop was the South Pole.”

When WW2 broke out, Maurie served in both the Egyptian desert and in Italy, before returning to New Zealand and the post-war tensions felt by many trying to assimilate back into civilian life.  “It took me quite a long time to settle down,” he said. “I eventually married a girl who had lost her boyfriend in the war, and I had also lost my girlfriend.”

He followed several career paths, finishing up managing a small factory that produced upmarket mirrors and frames, most of which were exported to Australia.  A medical condition signalled an early retirement: “Consequently, I have spent more time retired than I did employed.”

Not that Maurie idled away those years; he has always been a keen gardener, one with a particular penchant for lilies and begonias.  He was gardening right up to the day before he moved into the Moxon Centre, steeped in the joy of growing things for his own satisfaction and the enjoyment of others.

He shared an abiding memory with those celebrating with him. “When I first came to Tamahere, I was walking down the road when two little kids on the opposite side of the road stopped and walked across to me,” he said. “They were about 8 and 10, I suppose. They threw their arms around me and hugged me.”

That gesture of kindness by two little girls from a neighbouring family certainly made an impression. “It’s a memory that that will stay with me if I live to be 200!”