Students are top of the rocks 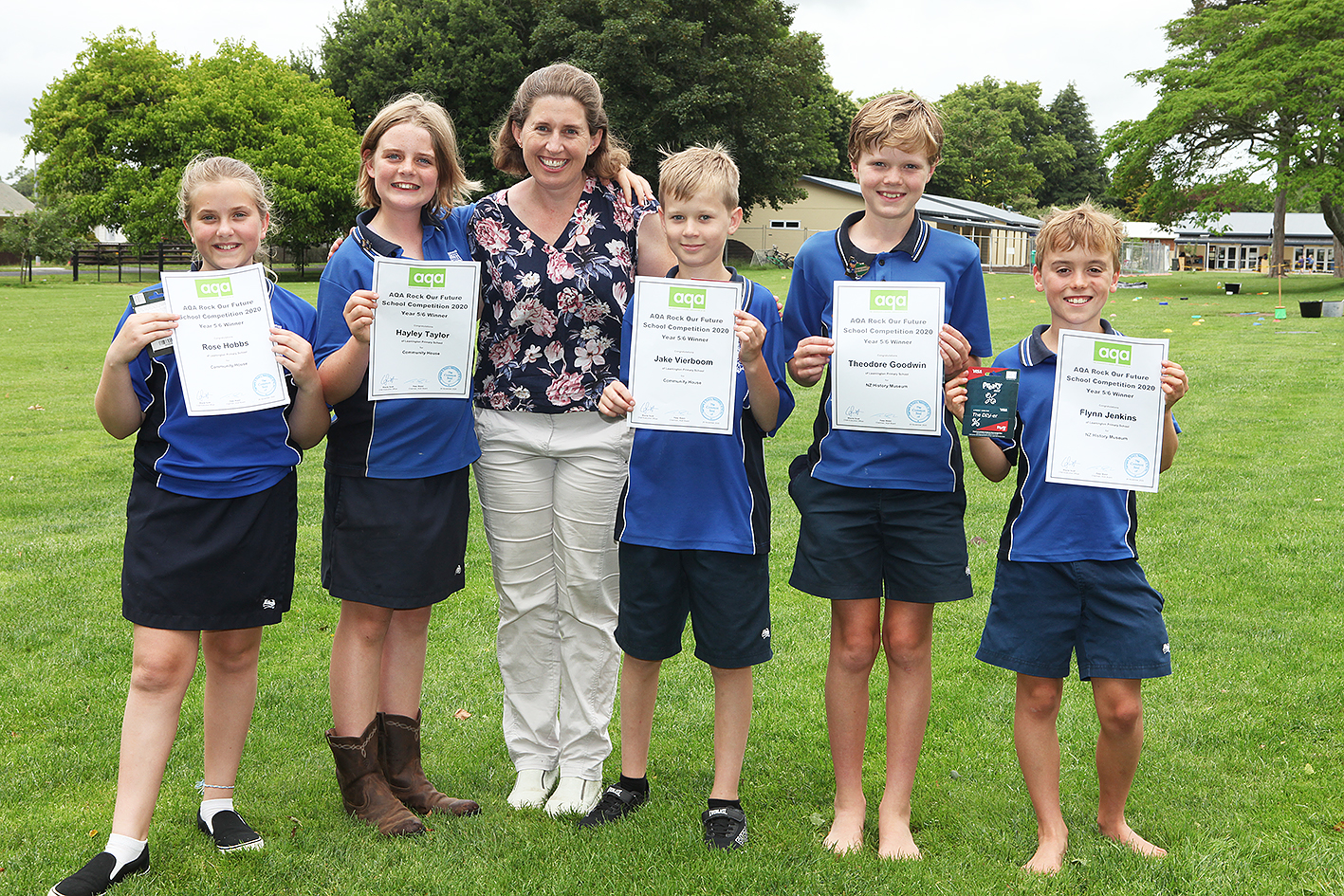 Rose Hobbs, Hayley Taylor, Jake Vierboom, Theodore Goodwin and Flynn Jenkins were buzzing with excitement last Thursday after winning $2000 for Leamington School and $200 for themselves in the Rock Our Future competition.

Run by the Aggregate and Quarry Association, the contest challenged year 5-8 students to turn a former quarry into a community asset.

Rose, Hayley and Jake formed one team, designing a community house where homeless people and families could live, while Theodore and Flynn joined forces to create a New Zealand history museum concept.

Both groups designed their projects on iPads, using the Minecraft computer game to bring their ideas to life in the virtual world.

“I wanted to beat Flynn and Theo, like really badly,” said Rose, who thanked her dog for helping her deal with the stress of competing with her classmates.

She had been shaking with nerves before AQA CEO Wayne Scott, who had visited the students to review their project in November, announced the results via a video recording on a big screen in the school hall last Thursday.

The two Leamington teams each won one of four $1100 national prizes, with Newbury School in Palmerston North taking the other two.

Hayley said she “almost started crying” after discovering she had won.

“I was feeling really excited, I was jumping up and down and fanning myself with the certificate and money,” she said.

She was planning to spend her $40 cut of the winnings on “something that involves a lot of sugar”.

The students’ teacher, Elizabeth Davies, believes they stood out because they had “used their creativity to design something new and different”.

“I am so stoked for each and every one of them,” she said.

“A lot of sporting achievements are recognised but often it’s not the academic competitions that are recognised so it’s nice for something other than sport to be in the limelight.”

The students thanked Mrs Davies for her “amazing support” and also Wayne Scott and the AQA committee for their generosity.