Pieces by symbolist artist Santie Cronje and potter Diane Parker are for sale at an upcoming exhibition at Deciduus Gallery in Tirau.

Cambridge potter Diane Parker has again joined forces with Tirau-based gallery-owner Santie Cronje to put up an exhibition that will run from December 12 to January 15.

Their ‘Rhythm in Form’ 2020 show sees both artists use similar colour palettes in their depictions of vessels and the garden.

A symbolist artist known for her whimsical, storytelling pieces, Santie settled in New Zealand in 1999. After some years in Cambridge, she opened Deciduus Gallery in Tirau, specialising in New Zealand art and indoor plants.  Her work in this exhibition centres on still life inspired by nature, but with a contemporary twist. This piece by artist Santie Cronje is entitled The Dance of Love.

Diane will feature elements of her ‘Garden Series’ in the upcoming exhibition. She described the series as a trilogy with three separate components – form, raku and line – all inspired by her love of the garden and the environment. An example of form is the ‘Humpty Pot’, a tri-footed vessel with a belly shape that lends itself well to use as a planter.

“Raku is a type of firing process I have experimented with over many years,” she explained. “In this series it has easily lent itself to joyful colours with the familiar white crackle, crazed surface as a background, allowing the shapes to pop with the black outline showing through unglazed surfaces. Stylised flowers have been created with simple line drawings – they flow on to the clay canvas and flow around the surface.” 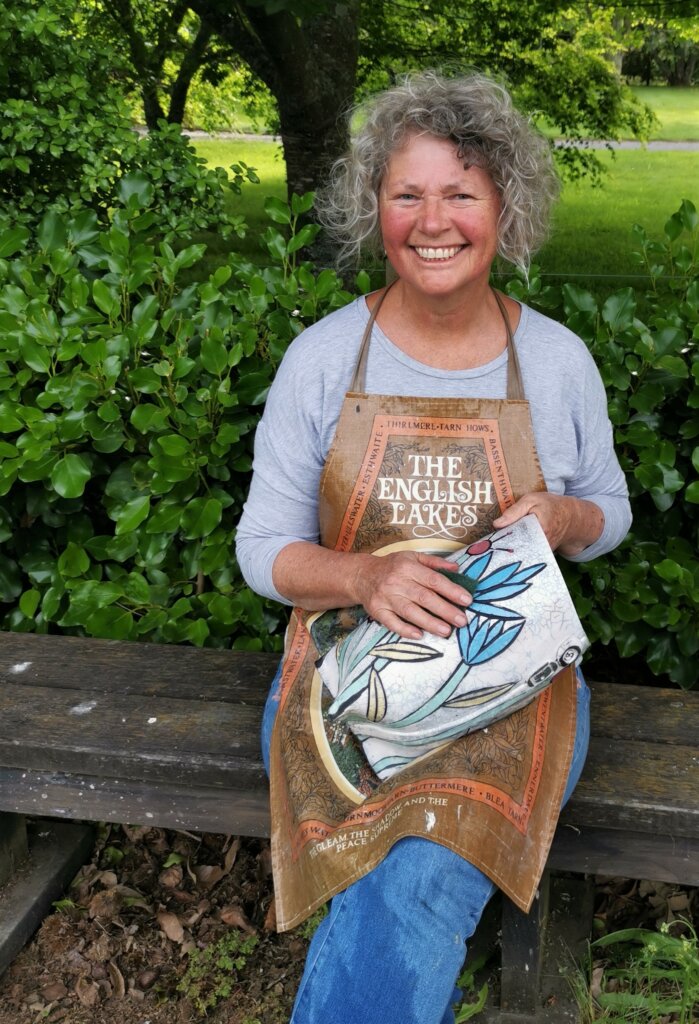 Cambridge potter Diane Parker, who will have some of her work featured in a joint exhibition taking place in Tirau from December 12.

The show will be open from December 12, from 2pm to 4pm. The exhibition is a ‘cash and carry’, but available works will be on show until January 15.