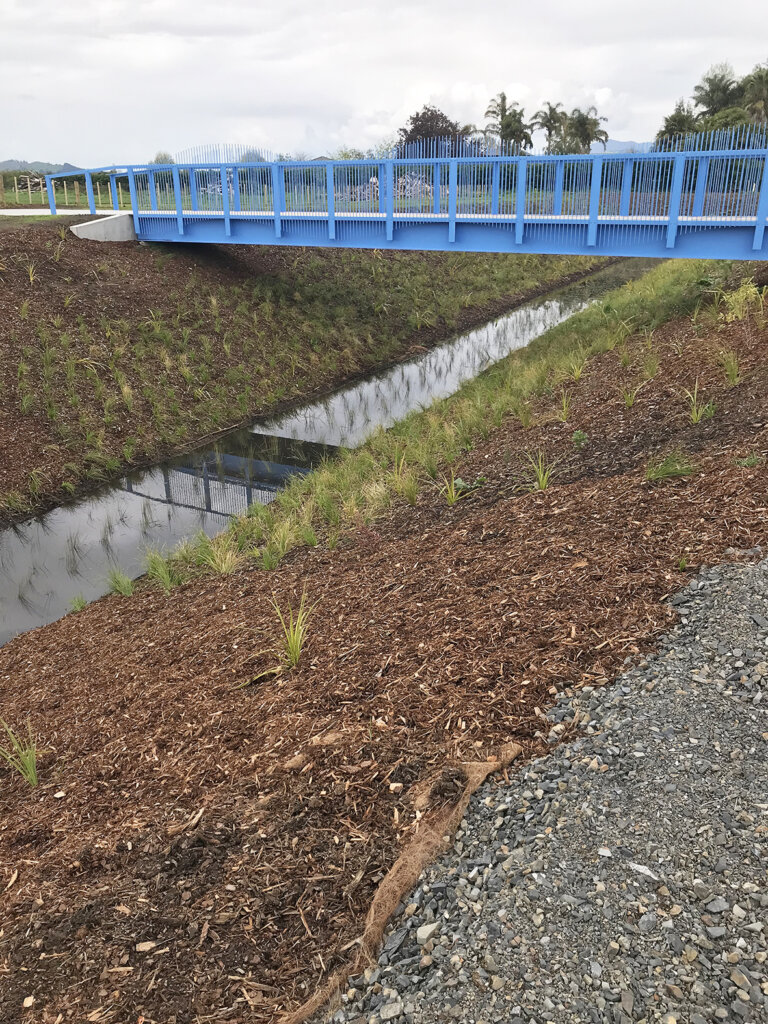 A  ‘bridge to nowhere’ has a destination at last.

The blue pedestrian in Cambridge bridge was completed in October last year to provide pedestrian access across a large stormwater swale –  but has remained dormant in the absence of a connecting pathway.

The connecting pathway between the bridge and Swayne Road in Cambridge North has received the tick of approval and has now been opened for public use.

“Our community have showed great patience and had a bit of a laugh at our expense while the pathway was being connected. I think it will always be affectionately known as the blue bridge to nowhere even if it receives an official name in future,” Walker said.

Cambridge North has seen a major transformation over the past ten years, with green pastures giving way to new neighbourhoods as the district’s population has boomed.

Council is due to start the second stage of the stormwater upgrade which involves increasing the size of the pond at the north end of Victoria Street and the Waikato Expressway off-ramp, as well as additional planting to treat stormwater collected in heavy rain events.

“Together with the stormwater upgrades, we will also be adding this summer an extension to bring the existing pathway along the outside of Little Einsteins Educare to connect it with Swayne Road and install a safer pedestrian crossing.” Walker added.

Signs indicating where the new upgrades will take place is due to be installed in the next few weeks.