The lad who captured Cambridge’s heart losses his battle 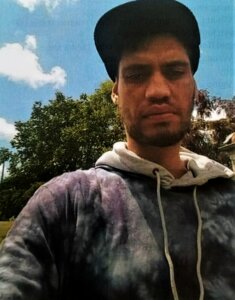 Thirty years ago, Cambridge helped fundraise for a big-eyed baby boy called Charlie Raina who was at risk of dying if he didn’t have an urgent liver transplant.

Charlie’s family needed over $180,000 to meet the costs of the surgery in Australia – the procedure was unavailable in New Zealand at the time. Cambridge launched a fundraising initiative that was quickly supported by businesses, service clubs and individuals; a car was raffled to make up a last-minute shortfall. Finally, enough money was raised and Charlie had his operation. That early transplant and a later liver reconstruction allowed him to survive to adulthood, but couldn’t stave off a raft of associated medical problems.

Late last month, at just 31, Charlie finally lost his battle. He died at his home in Auckland on October 20 with his partner Wally and her family at his side.

He had fought long and hard through those three decades, often defying the medical odds with a combination of tenacity and sometimes defiant determination. They were characteristics that defined his life and have left his Cambridge-based dad, Ross Raina, with a level of pride matched only by a deep sense of loss. 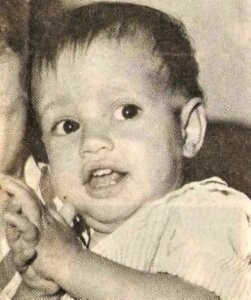 Charlie Raina captured the hearts of Cambridge 30 years ago when the town helped raised funds for
his liver transplant.

“He was a brave kid. There was nothing normal about his life. He couldn’t do things other kids did … couldn’t play sport. That went on through his adult life as well. He always just wanted to be normal, one of the guys.”

The odds were stacked against Charlie from the start. He was the first of two boys born to Ross Raina and his then partner, Tania Rose, arriving on January 26, 1989. His health issues started early and Charlie had his gall bladder removed while still a baby. But there were other problems.
“They found he had a blockage in his liver,” said Ross. “We were told the odds were something like one in a million.”

The costly treatment spanned New Zealand specialists and hospitals, and the Royal Children’s Hospital in Brisbane. It was there Charlie underwent a liver transplant, and a liver reconstruction when he was still only about five.

His story attracted media attention and captured the hearts of people in Cambridge who read it in the then Cambridge Independent and were inspired to help the family raise the funds needed for Charlie’s treatment. Iza McVeigh worked on the paper at the time and remembers how quickly the community responded to the appeal published by the paper.

“We ran the campaign and the money started flowing in,” she said. “The community really got behind it. There will be people in Cambridge now who will probably remember that initiative and who will want to know what happened to Charlie.” Ross and his wife of the past decade, Kerry, said as an adult Charlie continued to live with the limitations of his condition. He had almost passed away several times, but stunned doctors with the number of times he rallied. A highlight of the past few years was standing up for his dad at Ross’s wedding to Kerry, in the same Leamington garden where they recently held a private service for Charlie.

“At the end, he died at home, which is where he wanted to be,” said Ross. “It was a long fight for him … he will be very sadly missed.”