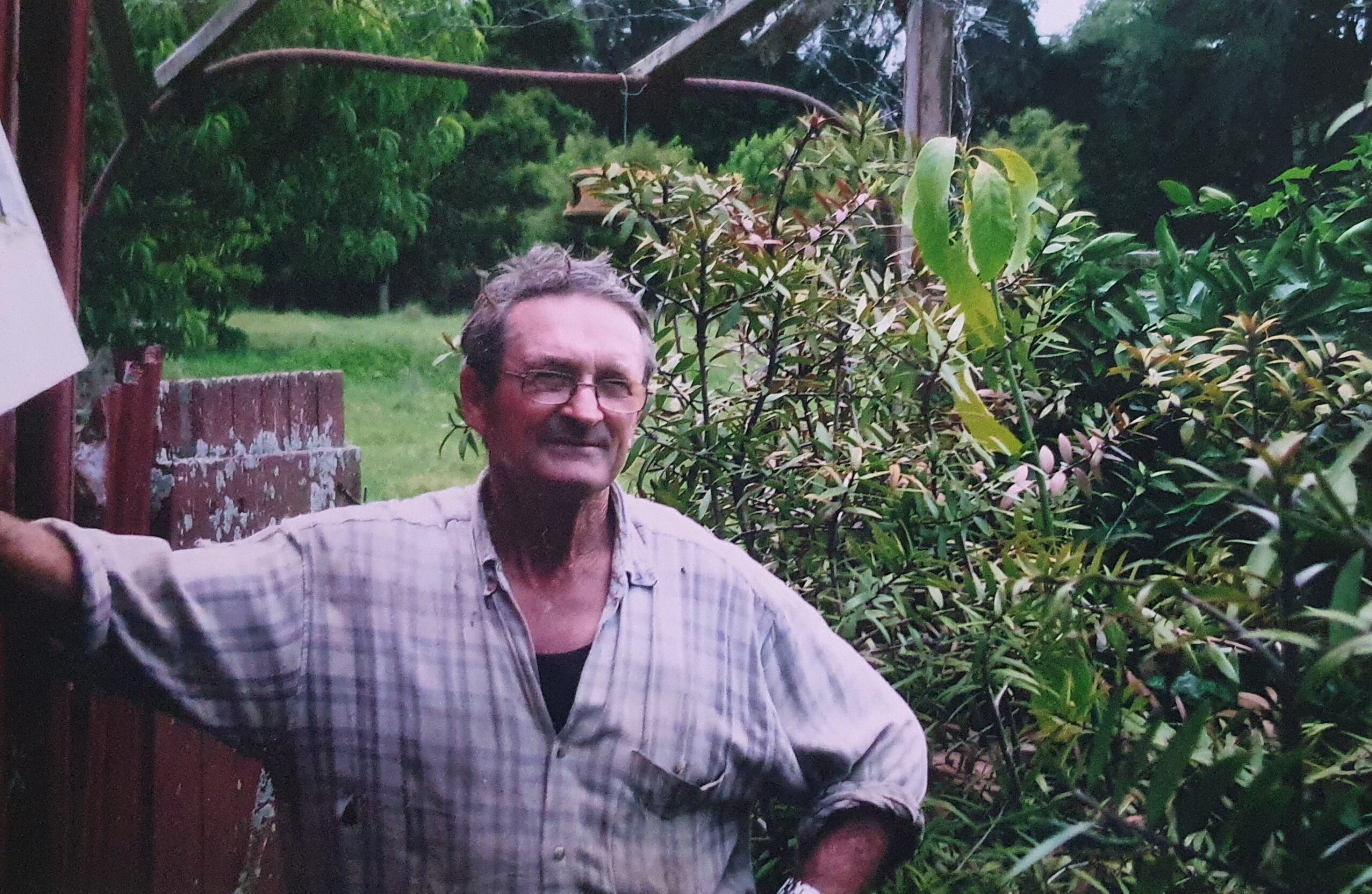 John Hargreaves – bandsman, farmer and tractor collector – was happiest when pottering around on his Cambridge farm.

When John Hargreaves was laid to rest last month, he took with him a sizeable slice of Cambridge history and 73 years of unmatched memories linked to the town’s brass band.

John was nine when he joined the band in 1947, following in the steps of his father and brother. Aged just 14 in 1952, he played at a special remembrance event in Hamilton marking the death of Britain’s George V1, and it was through the band that he met Jean. The bubbly teenager quickly caught John’s eye; she was the first girl in New Zealand to play in a brass band, but it was her spirited handling of his horse Nancy that really sealed the deal and led to their marriage in February 1962.

John put painstaking effort into raising a tree from a solitary orange pip … against the vocal misgivings of many who said it would never fruit. As nephew Greg says: “It’s still there up against the shed.”

John had played those pieces at countless funerals and special events in Cambridge, before handing that baton on to Rob a few years ago. Rob said John had played The Last Post for the final time at his farm gate on Anzac Day during lockdown this year.

John was born on the family farm at the end of Cambridge’s Forest Rd, the second son of four children. Until the last few days of his life, he lived in the same spot with Jean, raising their family among the trees and tractors that were the heart of the man.  His son Richard Hargreaves said all the children were taught the value of hard work. He recalled clearing drains for pocket money, with John’s words ringing in his ears: “Now aren’t you glad you’re earning money here with me rather than playing rugby?”

His eldest nephew Greg Hargreaves said John’s character, his values and tenacity, his common sense and work ethic, were forged by the tough Depression and WW2 era into which he arrived.  He recalled the painstaking effort John put into raising a tree from a solitary orange pip, carefully tending it then planting it against the shed, against the vocal misgivings of many who said it would never fruit.  “Well, the tree started fruiting and hasn’t stopped,” Greg said. “and it’s still there up against the shed.”

The same persistence saw John grow and distribute countless trees from seedlings collected on picnics or propagated on the farm, a passion matched only by that he directed towards tractors, notably John Deere tractors. He bought his first tractor in 1964 when he took on a sharemilking role on the farm. By the time John purchased the farm a decade later, the interest had earned him the reputation through New Zealand and Australia as a John Deere collector of note.

John’s words would ring in his son Richard’s ears: “Now aren’t you glad you’re earning money here with me rather than playing rugby?”

In 1988, John became a founding member of the Waikato Vintage Tractor & Machinery Club, helping the group become one of the largest in the North Island.

Cambridge Brass Band members remembered John for his gentle encouragement, his kindness and his unflappable support through the decades – and his remarkable ability to fundraise for the band, much of that done through the sale of his trees.