Why I abandoned Google 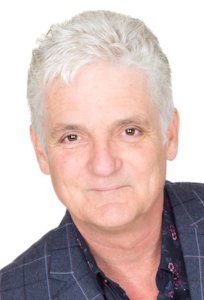 Yesterday I changed my search engine. That is to say I set the default search engine in the web browsers on all my electronic devices to something other than Google. What is this madness?

Google reportedly processes around 70,000 search queries every second. That means six billion searches a day. That’s mainstream by anyone’s standards so you’d have to have a pretty good reason to deviate from that path, wouldn’t you? It is well known that Google has generated enormous wealth and continues to do so. As long ago as 2011 one of the founders spent $45 million on a superyacht. And there’s the reason – a superyacht is about as green as a bonfire in a coalfield with no reason for being other than the gratification of the owner. I do not propose to discuss whether or not any of us would choose a life of ultimate luxury were we able to afford it – I’ve done that in a previous column – but there is a better way.

It’s called Ecosia. It is a search engine founded by a 35-year-old called Christian Kroll, and it gives away 80% of its profits to tree-planting charities. Rather than a superyacht, Christian takes to an inflatable dinghy for his boating enjoyment, and he has placed legal restrictions on his company to ensure that shareholders and staff may never personally sell shares or take profits outside the company.

To date Ecosia has funded the planting of over 105 million trees and there are grand plans for expansion – and the future planting of billions of trees.

A couple of weeks ago a reader from Te Awamutu wrote to the editor to take issue with a column I wrote. I think his point was that I wasn’t being as green as I was claiming to be. Of course I welcome any kind of response to my thoughts because that makes it a discussion and the world is a better place for it. Anyway, this reader was talking about glomalin (search it on Ecosia), and the beneficial effects on the environment of this recently discovered substance. He also said that “Pasture locks far more soil carbon per hectare than forest.” My initial reaction to that statement was that it can’t possibly be true, but I think it might be a matter of semantics; pasture may lock more “soil” carbon than forest but that doesn’t take into account the biomass of the forest itself, which incidentally is rocking a fair bit of glomalin on its own account. However my aim here is not to prove anyone right or wrong – my aim is to encourage thought, debate, and where possible, action in the arena of conservation and climate change. I hope our Te Awamutu reader and I can both agree with Christian Kroll when he says – “Ego consumption is not appropriate in a world where there’s climate change.”

Therefore I would recommend that everybody uses Google one last time to find the Ecosia website – and take it from there.