A third bridge in Cambridge is needed sooner rather than later, Roger Gordon believes.

Discussions around where to put a third bridge in Cambridge need to be on the road now, otherwise the town will face a “difficult bottleneck” of a problem further down the road.

Roger Gordon, a  first-term Waipā district councillor in the Cambridge Ward, expressed that view to the News last week and his comments come after it was reported in March that a third Waikato River bridge in Cambridge remained a project ear-marked for 30 years time.

“It’s important to stress these are my own views not those of Council, but it’s my belief we can’t wait that long,” he said.

A 2018 Beca report commissioned by Council suggested a third bridge – with an estimated price tag of $65 million – wouldn’t be needed before 2050.

Council’s transportation manager Bryan Hudson said Cambridge’s population would need to grow to a sufficient level to attract Government funding for the project – or there would need to be “significant safety issues”.

Without attracting Government funding, the cost would fall to ratepayers.

At the time of the 2018 report, four locations for the third bridge were suggested – including extending Vogel St south to the river, building a new bridge west of the town belt, extending Hanlin Rd near the Avantidrome, or constructing a bridge from the southern end of Hall St.

Mr Gordon also suggested somewhere near Pukerimu Lane could now be another good location for the bridge.

Meanwhile he’s crunched some numbers of his own – which are in line with what the the latest Census data shows.

Mr Gordon provided that data to the News – it showed between 2013-18, Cambridge grew by 2.9 percent.

That now puts the population of Cambridge at just over 27,000 – a number essentially split evenly between the Leamington and town centre sides of Victoria Bridge. 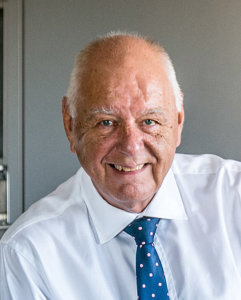 Both figures take into account areas further out on either side of the bridge like Maungatautari, Pukerimu, Roto-o-Rangi St Kilda, Hautapu and Fencourt.

“I believe we have to include all of those outlying areas, because those are all cars that come into Cambridge,” Mr Gordon said.

“I was expressing concerns about the nature of transport issues that Cambridge faces even before I was elected.

“I think we’re already showing signs of out-stripping all the projections which have formed the basis for the planning and approach to transport in town to date.”

Transport issues had been on his mind for at least the last three years – time also spent on the Cambridge Community Board – he said and he was elected to Council with those talking points central to his campaign.

Additionally, he said projects like the C1, C2 and C3 developments in the Victoria Rd  and Vogel St areas respectively need to be considered when it comes to creating increased pressure on the transport network.

“All of this is in the growth plan projected to happen by 2035. – and it could see the population increase by another 10,000 people.”

As town continued to grow he projected “bottleneck” problems that would be caused at its two current entry roads – Hamilton and Victoria roads.

“I think we need to look at ways of drawing vehicles away from those too roads, otherwise as we grow, so will our congestion problems.

“One of the ways we could mitigate that bottleneck is by having a bridge around about Pukerimu Lane that together with the low-level bridge creates a ring round for commuter traffic joining the two sides of the river.

“And, even in the light of Covid-19, we have to still consider that Cambridge and its surrounding areas will be a place people want to come and live – we have to plan for that.”