Some will, some won’t Councils on different pages

Leaders of Waikato’s two largest local bodies have announced they will surrender portions of their pay because of the Covid-19 lockdown – but there is no national consensus and it appears unlikely others in Waikato will follow suit.

After the councils announced their senior staff had committed to reducing their take home pay, the News asked other Waikato councils if their leaders were taking similar steps.

Prime Minister Jacinda Ardern announced in mid-April she was taking a pay cut – having been repeatedly asked during her daily televised briefings if should do so. She revealed all ministers and public sector chief executives would take a 20 per cent pay cut for six months.

The Prime Minister said the decision was about Government taking leadership and reflecting what is happening in the private sector. 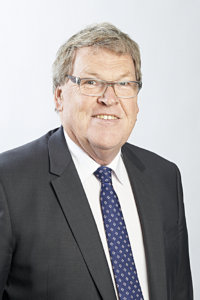 Subsequently, Auckland mayor and former Labour leader Phil Goff said he would align with the ministerial pay cuts – of 20 per cent for the next six months. Wellington’s leaders are taking a 10 per cent cut for the rest of the year. Palmerston North Mayor Grant Smith and chief executive Heather Shotter are taking pay cuts of 20 per cent and Taranaki mayors Neil Holdom (New Plymouth) and Phil Nixon (South Taranaki) and their council chiefs announced they would take 10 per cent pay cuts for the next six months. Dunedin mayor Aaron Hawkins is donating 10 per cent of his remuneration to Women’s Refuge and a foodbank.

In Christchurch, where councillors are open to a pay cut, deputy mayor Andrew Turner said he wanted the Remuneration Authority, which sets the salaries for local body politicians, to review pay. He argued a nationwide approach was far better than one that relied on “voluntary ad hoc donations to charity” that would do nothing to remove financial pressure on the council.

Legally, councillors can’t take pay cuts – but they give away as much of it as they like. Changing that would require an amendment to the Remuneration Authority Act and the Local Government Act and Local Government Minister Nanaia Mahuta has been reported saying that it is being considered.

Waipā Mayor Jim Mylchreest said presuming requests for temporary salary cuts by politicians and staff was an attempt to reduce rates, then voluntary reductions being offered by a number of people for a short period of time would have little or no impact.

“The levels of remuneration set for politicians is undertaken independently and cannot be varied by Council. This does not stop individual Councillors donating all or any part of their payment to worthwhile causes of their choosing, which many do already, but it will not reduce rates.”

Mr Mylchreest said council staff, including the chief executive, have employment agreements that cannot be unilaterally, or individually, altered.

“It is unfair for some to take a reduction if it is not universal.”

Council staff had been instructed to review all budgets, including staff and consultancy costs, to identify any areas where permanent savings could be made. These will be made public once the Annual Plan is concluded.

“I anticipate that over time there may well be changes to remuneration levels and particularly the disparity between the higher and lower income brackets. The start point is obviously no immediate salary increases.

“These are difficult times for everyone, including Council staff and politicians, and it is not appropriate to take a knee-jerk reaction to identify individuals for punitive action. It is, however, an opportunity to develop more equitable distribution of resources across the whole community but based on facts that are not known at the present time.”

Reel talk – Cambridge’s Tivoli Cinema remains the only Waikato cinema to have reopened since the country shifted to Covid-19 Alert Level 2. But, a government announcement this week increasing the size limit on…

During lockdown, Cambridge High School principal Greg Thornton began his commute to work by walking down his hallway to his son’s bedroom. From this makeshift “office,” Thornton directed the school’s Covid-19 response, recording video…

Cambridge is answering the kindness call in spades, with offers of help pouring in to cover an extended period of hardship. As lockdown started, Waipa District Councillor and long-time Cambridge resident Philip Coles joined others…

Ask not for whom the bell tolls in Cambridge – because since the start of lockdown the answer has been for no one. But now thanks to a group of Council parks and reserves team…