Ricki’s still on the ball 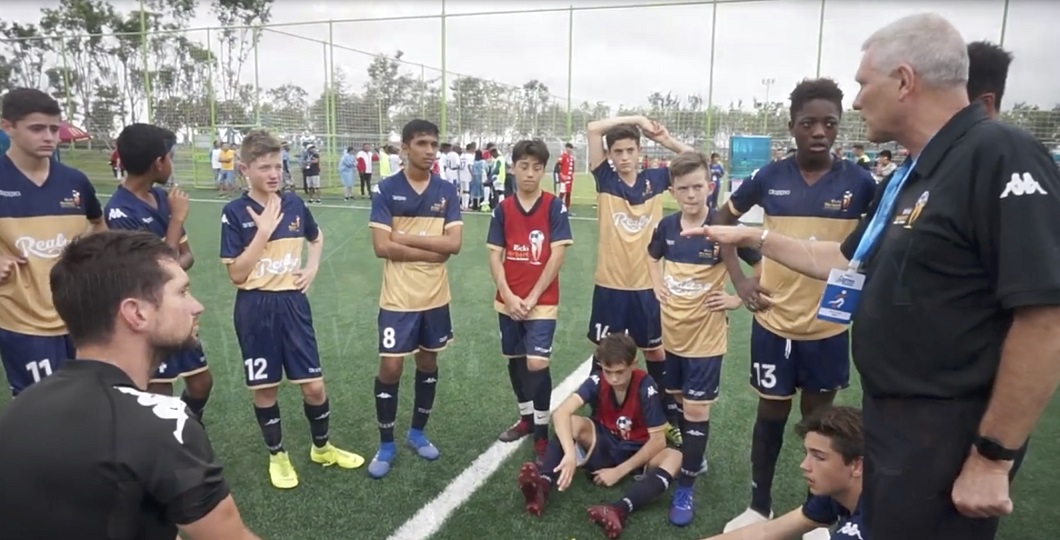 Former All Whites coach Ricki Herbert passes on some knowledge to the next generation of young players. Photo: Supplied.

The day Ricki Herbert’s parents first handed him a football is etched in his mind.

The former All Whites coach was four, and with it came a message they would regularly reinforce.

“Chase your dreams. My success is largely due to the way they encouraged and supported me.”

His parents were likely good advisors – dad Clive was a professional cyclist, mum Shirley, a sprinter.

Herbert’s sister Debra was also an integral part of his support network when he began playing in Papatoetoe.

If they didn’t know what that support meant then, Herbert – Cambridge Football Club’s technical director of football – is adamant now, more than five decades later.

“They were the driving force. Because of them, football burns in my bones.”

He’s been in Cambridge four years, after moving to the Waikato to become St Peter’s School’s director of football.

While his son Kale has since taken over the coaching reigns from dad, Herbert senior remains the club’s football development manager.

Throughout a multi-faceted playing and coaching career, Herbert said every experience shaped him.
There were huge highs and undoubted lows.

Herbert was involved in both of New Zealand’s FIFA World Cup appearances – a teenager in the 1982 squad and coach 28 years later when the All Whites were the only unbeaten country in the finals in South Africa – recording three draws in pool.

Herbert describes his All Whites playing days as “special” – he won 89 international caps from 1980-89.

“I was surrounded by experienced players. We had a lot of the ingredients for success.”

He became only the third New-Zealand-born footballer to play in the Football League in England after Docherty signed him for Wolverhampton Wanderers.

Herbert made 55 league appearances, but Wolves were in decline.

He joined following the side’s relegation from first division, debuting against Brighton in a 1-0 loss.

He played 24 of the next 25 games until the end of the season, but Wolves were relegated to third division.

“It had its challenges, but I did achieve a boyhood dream – playing in England.”

Before Covid-19 prematurely halted this year’s Premier League, Wolves were enjoying their best season in decades – sitting sixth on the table.

After hanging up his boots, Herbert returned home and began coaching in 1990.

High points included leading the Wellington Phoenix from 2007-13, while also in charge of the All Whites from 2005-2013.

In the 2009-10 season, the Phoenix finished third – then the side’s highest ever A-League finish.

Interestingly, before Covid-19 postponed that league too, Phoenix were sitting in third.

The All Whites journey – particularly to the 2010 World Cup – was “just as exhilarating” for Herbert as it was from home.

He said the atmosphere in Wellington when the side beat Bahrain to qualify was unforgettable.

That All Whites’ playing style was based on an attacking platform laid by Rory Fallon, Chris Killen and Shane Smeltz – who all boasted experience of playing in England.

“The whole team never just came to play, they were always there to win.”

Looking back though makes Herbert excited about the future.

He hopes his Ricki Herbert Football Academy – with about 10 North Island talent development centres – can help attract the next generation.

The next hot prospect?

“No specific names,” Herbert said. “Specific traits though – work ethic and the desire to work hard, learn and progress.”

And there’s no immediate plans to move from Cambridge.

“At the moment I’m happy, it’s a beautiful place to be.”