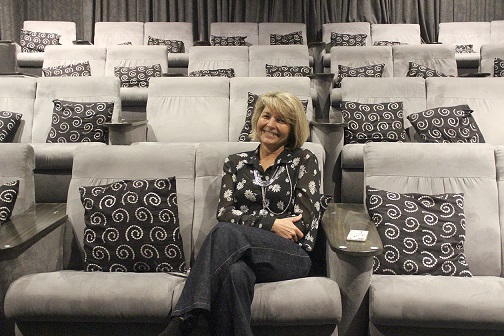 Reel talk – Cambridge’s Tivoli Cinema remains the only Waikato cinema to have reopened since the country shifted to Covid-19 Alert Level 2.

But, a government announcement this week increasing the size limit on all gatherings from 10 to 100 as of noon on Friday is sure to see others follow suit.

Tivoli Cinema owner operator Karen Focas welcomed the news – saying the decision to open when the country shifted to level 2 was an effort to bring some normality back into people’s lives.

And slowly but surely, the customers are returning.

Following the announcement, social distancing will still be in place in the complex’s three spaces – cinemas with full capacities of 41, 47 and 52 people respectively.

In the wake of Covid-19, Tivoli, like other cinemas, faced difficulties securing films on a schedule which had practically been wiped clean thanks to the pandemic.

Films like James Bond: No Time To Die, Trolls, Peter Rabbit 2: The Runaway, The Fast And The Furious, A Quiet Place 2, Black Widow and many others were forming a key part of 2020 plans.

Lockdown had also left Tivoli closed on Anzac Weekend and Easter – when it typically draws.

“Where we normally aim to have three new films a week, we’ve dropped back to having one new film every second week.”

The remainder of the films on the schedule were made up of slightly older films.

She said she’s hopeful of some rainy days, because that’s always a catalyst for drawing the crowds.

Tivoli is open with adjusted hours on specific days, before looking to increase their hours as they can.

Tivoli Cinema will mark its sixth anniversary next month.

“There’s been a lot of interest in when we’ll be back up and running, owner operator Allan Webb told the News.

“We’ve made the call – and it’s a tough decision – but we’ve decided to hold back and give people the best experience we can offer.”