Where has all the flour gone? Shoppers have queued to find the flour shelves bare for much of the lockdown. Photo: Supplied

New Zealanders at home in lockdown have upped their flour buying four-fold since the start of the Covid-19 scare.

Despite constant media reports denying there is a shortage, there has not enough to go around – because those at the head of the supermarket queues have left nothing on the shelves for customers behind them.

And it has only been in recent days that the rush on flour appears to be easing.

Champion Flour chief executive Bruce Peden said his company had produced 250,000 bags of flour – in either 1.25kg, 1.5kg or 5kg offerings – for supermarkets nation-wide in just two weeks after “switching on a dime” from commercial requirements to focus its milling and packing efforts on the retail sector.

That amounted to an average two months’ supply. It was gobbled it up in a fortnight
Bagged supermarket sales usually accounted for about six percent of Champion’s flour sales, it was now 25 percent.

As well as running the company’s three mills – two side by side at Mt Maunganui and one in Christchurch – “24-7”, the run time of retail packing machines at two of its sites had increased from about 35 hours a week to 120 hours on each machine. 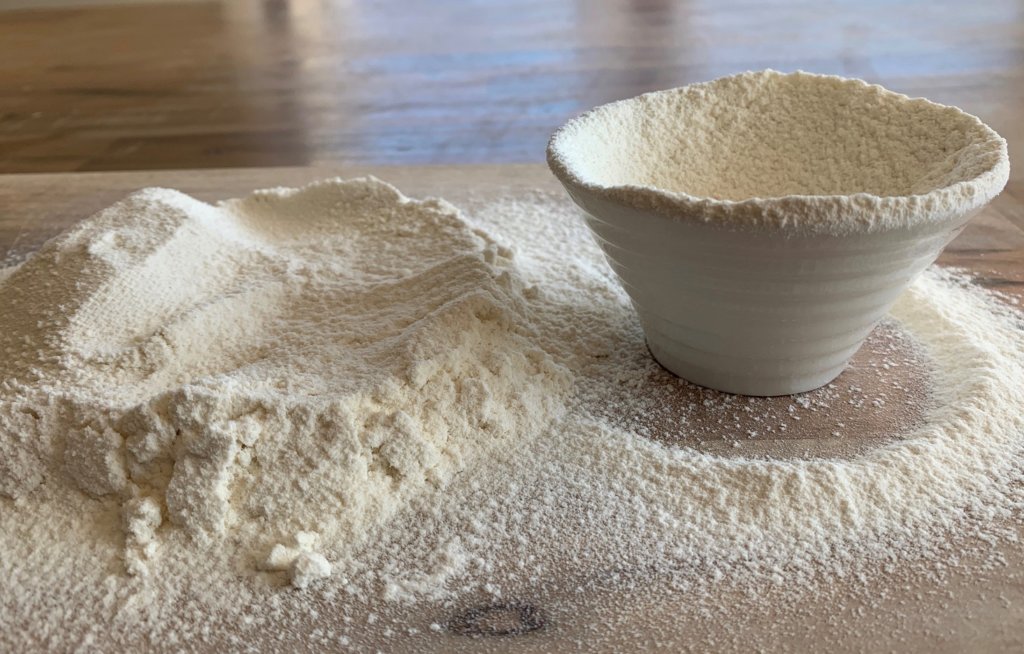 Oji Fibre Solutions is supplying Champion with bags five times faster than usual, slashing its turnaround time from six weeks to just one – while another of the company’s bag sources, Ancor, is shipping bags twice as fast.

Over Easter weekend many of his 130-plus workforce had decided that with the exception of Good Friday they would work through the long weekend.

Pratiksha Patel owns two Red Berry supermarkets with her husband Krishnaa – one in Cambridge and one in Matamata.

She said  from her perspective things on the flour front weren’t quite as busy as they were at the start of lockdown.

But she was still selling about 100 1kg bags of flour every day – 60 bags of standard flour and 40 bags of high-grade flour.

“We could keep producing at the levels we have been,” Bruce Peden said.

“But I suspect we may not have to. We’ve noticed already that last week has been slightly better in terms of levelling off and I would anticipate the same trend will continue to happen again next week.”