Cambridge business owners have adapted to technolgy and change fast.

Business owners are facing “tough questions” as the Waipā’s Te Awamutu and Cambridge Chambers of Commerce look for ways to help members through the Covid-19 lockdown and its after affects.

Cambridge chamber chief Kelly Bouzaid emailed a Cambridge Impact Study to her members late last week as a similar Waikato Chamber of Commerce poll showed that if the lockdown continued past eight weeks, nearly 20 percent of the businesses under the regional chamber’s umbrella may have to close.

Te Awamutu chamber head Kris Anderson said the numbers would appear to be “not too dissimilar” to responses being received by the Te Awamutu business community.

Mrs Bouzaid told the News that in Cambridge there was clearly short and long-term detriment to the business sector and the organisation was committed to finding ways of supporting its members.

About a third of the Cambridge chamber’s “business voice” of about 300 businesses had completed the impact study.

The Waikato Chamber’s survey indicated nearly 40 percent of those polled would never close their business in the current situation, while from a mental health perspective the same percentage of respondents said they were “really struggling”.

About 70 percent of regional respondents said the government was doing a good job of handling the situation.

Mr Anderson said rather than focus on how many Te Awamutu businesses would close, it was better to look at how each individual industry was responding.

While extending the lockdown beyond four weeks would make things hard for business, the worst thing to do would be to open back up too soon, he said.

“We are here now, let’s deal with it properly and focus on the most important recovery phase.

“We will come out of this situation and there will be new opportunities for all business with strong fundamentals.” 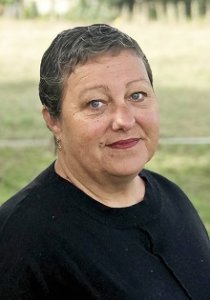 Kelly Bouzaid applauded the level of “resilience and robustness” on display across the Cambridge business community.

“We have a large proportion of small and medium sized enterprise here in Cambridge and enjoy many driven entrepreneurs and astute business owners who have invested in professional services during their journey.
“They have adopted technology, adaptation and change early.”

The Cambridge Impact Study asked respondents how they were coping with the mental stress the lockdown was putting on them.

It also addressed how many weeks of lockdown business owners felt they could cope with before facing closure, the financial impact closing their business would have on the Cambridge economy and whether business owners were looking to restructure.

The study also addressed whether businesses were developing a post lockdown “reset strategy” and asked if they had identified future opportunities.

So far what’s known is a quarter of respondents were in fact looking to increase staff numbers, while 75 percent indicated they were using lockdown time to develop reset strategies.

She said now was the time for those businesses not already developing reset strategies to be doing so.
Kris Anderson said the indications around mental health offered a “unique glimpse” into the environmental challenges some were facing.

The Chamber has an estimated 1800 workers under its umbrella.

“Hospitality is an area we are particularly watching in Te Awamutu. The industry is very concerned,” Mr Anderson said.

“Some business owners made new investment just prior to the lockdown, some are relatively new to the marketplace and others are carrying heavier overheads.”

Post lockdown, recovery of the trades would be very important, Mr Anderson said, and how well this area rebounds would be an indication about how strong the recovery process is.

Waipā business owners needing support are being encouraged to contact their chamber of commerce.