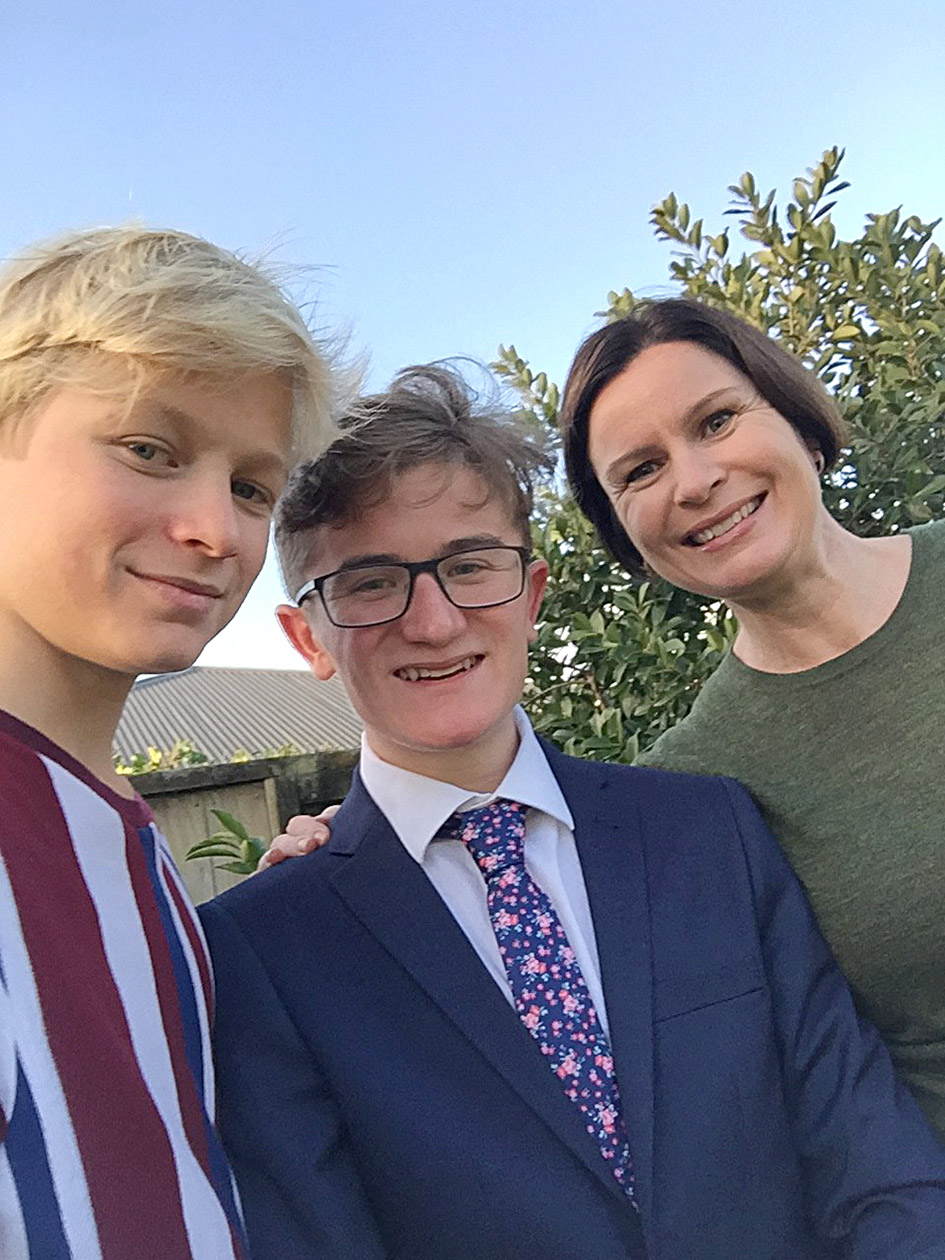 Nic Brockelbank (centre) will take a backseat in the latest fundraising project for muscular dystrophy, with mum Chris (right) and brother Toby (left) shaving their heads for the cause.

Fundraising for the greater good is a special cause for the Brockelbank family.

Son Nic, 17, has raised over $14,000 for the New Zealand Muscular Dystrophy Association over the past decade, and now his mum and brother are doing their bit too.

Nic lives with Muscular Dystrophy. Muscular dystrophy (MD) is a group of muscle diseases that results in increasing weakening and breakdown of skeletal muscles over time.

The fundraising story began at the end of last year when dad Rob, an arborist, shaved his head for charity and raised $10K to support arborists injured on the job. After being surprised by the new ‘do’, or lack thereof, Rob’s wife Chris and son Toby decided to shave their heads too, this time for the Muscular Dystrophy Association.

With the big day coming up on February 8, the family has set up a Givealittle page to raise funds towards the cause. Already they’ve managed to raise over $1000.

“Anything we can raise would be really great, the more we can support MDA the better, but it’s also about raising awareness of muscular dystrophy and keeping the conversation going that it’s there. It’s quite rare, a lot of people don’t know about it so it’s really good to raise awareness, which is a lot of what Nic’s done in the past.”

Nic’s fundraising journey started after the 2011 Christchurch earthquake, when he decided the handful of cookbooks he had made for friends and family members should be sold to raise funds for the earthquake victims, and a website was set up for the cause. Later, he approached Scholastic and the company released Nic’s Cookbook in 2012. Half of all proceeds went towards the Muscular Dystrophy Association of New Zealand.

A follow up cookbook, Nic’s Lunchbox, was released in 2013, and during both those years he was the ambassador for the Muscular Dystrophy Association Bow Tie Appeal alongside the organisation’s patron Judy Bailey.

In 2015  he took part in the REV ride sponsorship programme at the Cambridge Velodrome and later did the one-hour track ride in 2017.

“Nic’s done so much raising money for MD so I thought it would be nice to do something to support that,” said Chris.

Nic says because he lives with muscular dystrophy “I know how good it is to give the support towards it.”

The nearly-18-year-old graduated from Cambridge High School last year and will begin studying sports science at Wintec next month.

To contribute towards the cause visit the fundraising page.