The global A21 Walk for Freedom event saw about 75 people walk in single file wearing all black and carrying signs in Cambridge on Saturday to make a stand against human trafficking and slavery. Photo – Katie Pothan.

About 75 people wearing black walked in single file carrying signs on Saturday to make a stand against human trafficking and slavery.

The global A21 Walk for Freedom marchers met at Victoria Square, Cambridge, where they then walked down the main street to Countdown and back.

Co-organiser Leonie Pothan says New Zealand was the first country in the world to walk and was followed by 500 walks in 50 countries.

“To date we have raised $1500 but final numbers from online donations will not be in until October 31,” she said.

“This was a great tangible way to bring awareness to the community about the huge issue of human trafficking and modern-day slavery that affects millions around the world.” 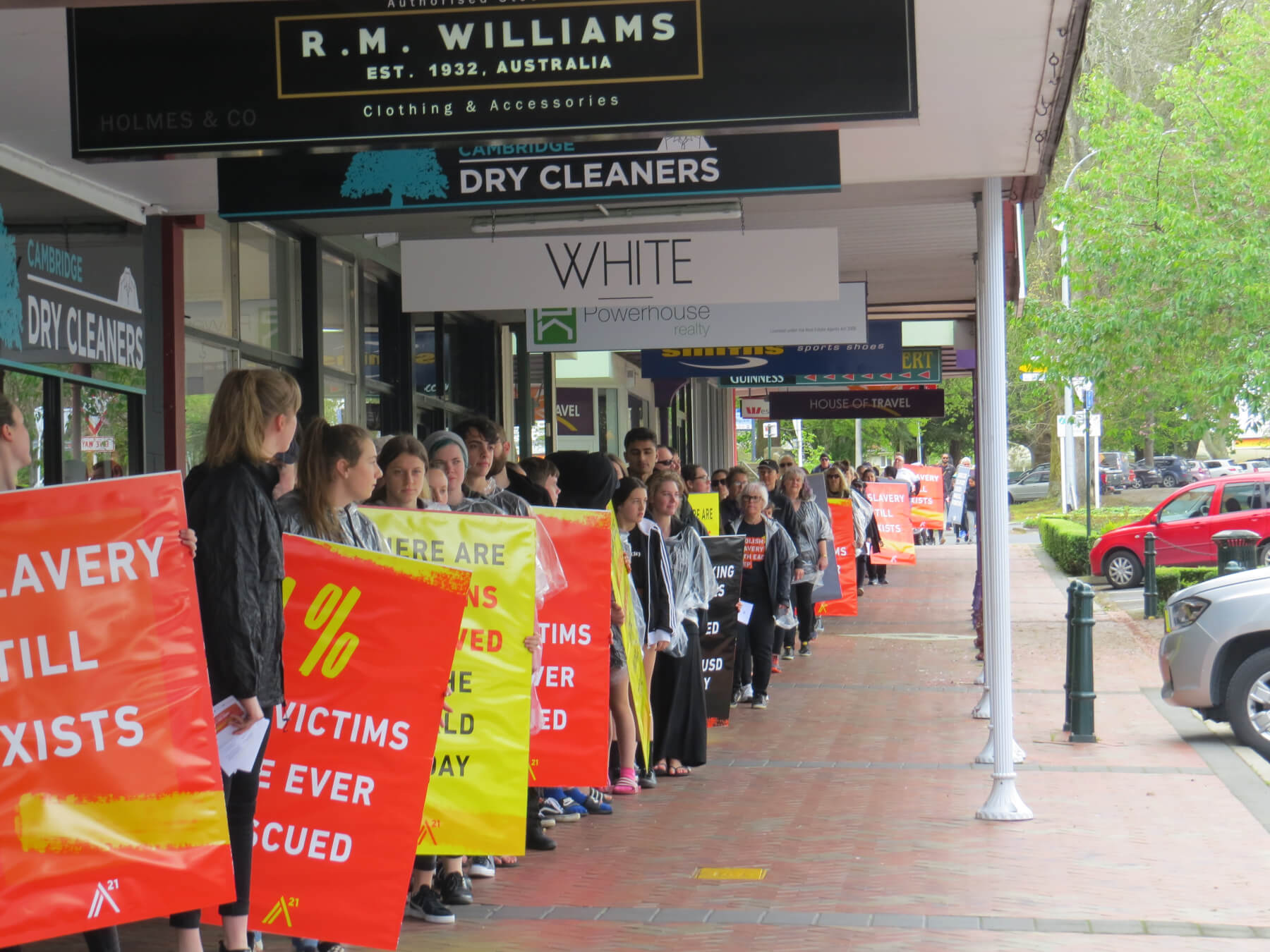 Co-organiser Marie Kite said the highlight of the event for her was actually doing the walk.

“I liked watching the single file of black going across the pedestrian crossing and looking behind me to see the rest of the line – it made me proud to be a part of it.”

A21 is a global anti-trafficking organisation with 14 offices in 12 countries. This annual event has been running for six years and all money raised goes toward preventing trafficking and helping victims.

Co-organiser Zoe Forrest says for her it was an important moment holding her daughter’s hand and seeing her older daughter crossing ahead and knowing they were walking for the freedom of girls just like them across the world.