Tamahere crossing on the cards Tamahere School sees its own students come and go, as well as Hillcrest High and Berkley students using the bus stop in front of the school – so the new crossing would make things a lot safer for all students, Tamahere principal Waveney Parker said.

Walking and biking to and from the Tamahere community centre is set to become a lot safer with the NZTA announcing last week it would go ahead with a $4.4 million project to build an underpass across Airport Rd, SH21.

It’s a timely addition with a growing Tamahere population and an increasing number of commuters travelling to the area each day – attracted to the community hub or attending Tamahere Model Country School. It’s also where the bus stop is located for all Tamahere students who attend Berkley Middle and Hillcrest High schools.

“We’re the centre of everybody going everywhere, so it’s not just about us. It’s right through the whole community, and they’ve got to get home safely,” said Tamahere School principal Waveney Parker.

“That will be a real positive in terms of getting across the road, we’re really pleased,” she said of the Airport Rd underpass construction project, which will be underway by the second half of next year, near the park to the north of Wiremu Tamihana Drive.

“Now the next thing for us will be the other main part of connectivity – getting across from the other side of the expressway.”

She said while the Tamahere/Matangi turnoffs underneath State Highway 1 were safer to use than the expressway itself, it still wasn’t safe for walkers and bikers travelling across from the western side of the road.

“At the moment not many students (walk or bike to school), because it’s too dangerous.”

The NZTA recently conducted a vulnerable users survey in response to community concerns about getting across the road from the west to the eastern side of the community – where students get to school and families do their shopping.

NZTA’s Acting Director of Regional Relationships Ross l’Anson said it was yet to be analysed, and the details and parameters of the proposed project would be sent to the Tamahere Community Committee for review.

“Further work with NZTA and Waikato District Council is continuing, this puzzle has several pieces and all need to work together to achieve the best outcome for our community,” committee chairperson Sue Robertson said. 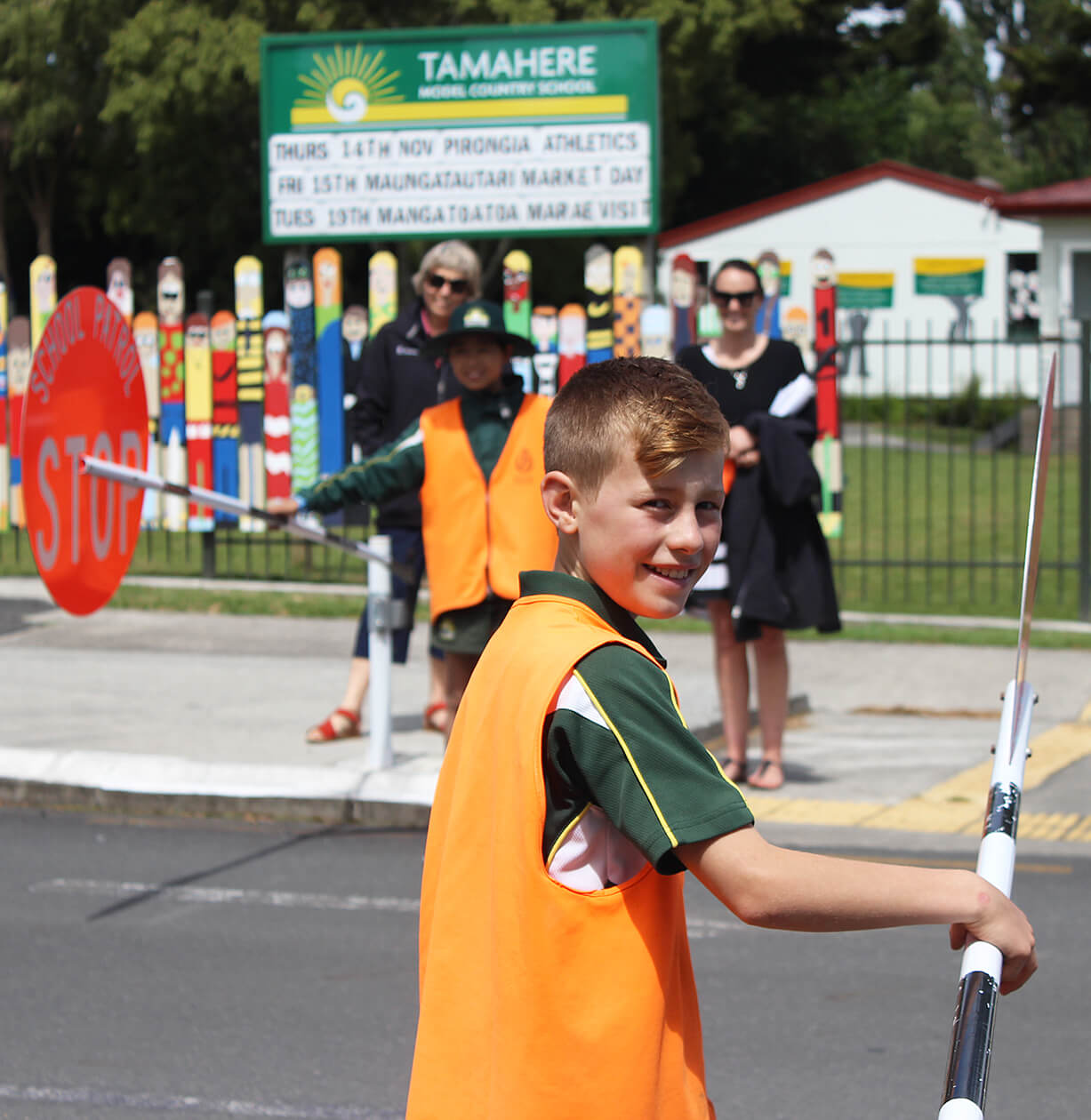 Daniel Barry, a Year 6 Tamahere School student and afterschool road-patroller – one of the students manning the crossing outside the school, said it would be really cool to have the Airport Rd underpass in place, and even better to get the expressway crossing underway.

“That will be way better,” he said. “A lot of my friends live that way, everyone lives down there.”

He usually got a car ride to school, but with a safe crossing in place, “Mum would probably let me bike,” he said.

Meanwhile, construction of a roundabout is set to begin next month at the intersection of Hanlin and Cambridge roads.